By DemoneRosso | 28 January 2021 | 1 min
Barry Sheene was so fast, he often ended up falling off. He was the first rider to ask for better protection for his back
The first back protector was inspired by nature. It had the feel of a lobster's shell
Freddie Spencer showed how effective the back protector was when he picked himself off after a nasty fall at Kyalami
The back protector evolved in the 1980s and '90s. Kevin Schwantz was one of its most committed users
In the 2000s, the protector developed to become lighter, more efficient and better integrated in the race suit

In the late 1970s, Brit Barry Sheene was the king of motorcycle racing, a James Hunt on two wheels. Sheene was the undisputed champion of ’76 and ’77, dominating the scene on and off the track, due to both his talent and his desire to always be center-stage. But notwithstanding his rebellious, rock-star image, Sheene knew the importance of safety. He was first to realize the need for progress in this field, not least because he was forever finding himself on the asphalt. Some time before, in fact, the Brit had already had bits of foam rubber threaded into his racing suit to protect his spinal column. But that was not enough, something Lino Dainese was quick to realize. Something new and more effective was needed, something that would let Sheene sit easy in a motorcycle doing 300 kilometers an hour.

Many had been expecting the solution to come from helmet manufacturers, the ones with experience in glass fibers and plastic materials. But Dainese surprised everyone in 1979 when it came out with the first back protector. It took its form and name from a lobster's shell. It combined a soft layer of foam rubber with a series of rigid interlocking plates, which distributed the force of hits over a wider surface. It was applied science. And it was revolutionary. No one then knew how indispensable a part of every motorcycle rider's kit it would become in just a few years. 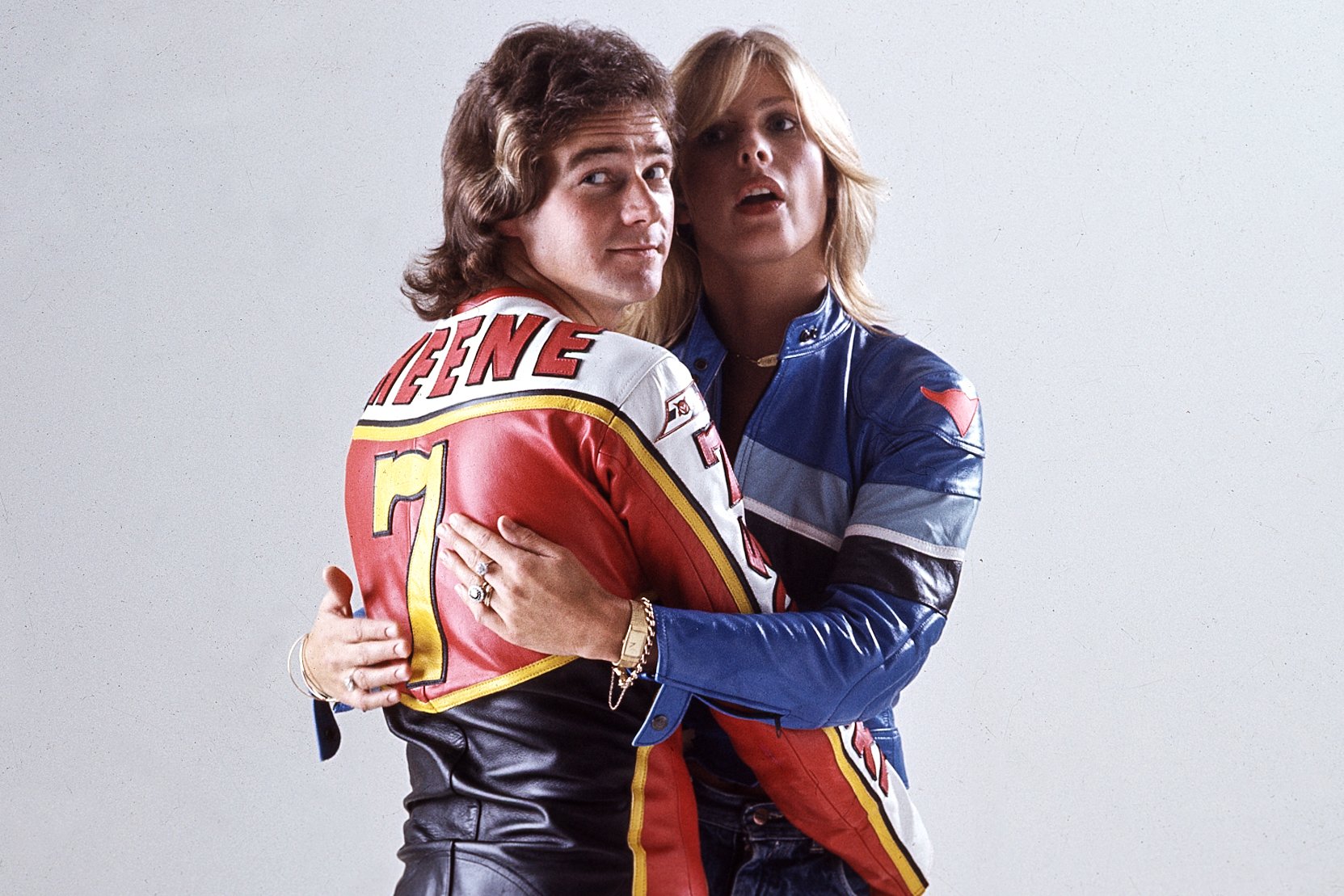 The first back protector did not take off immediately. It is no secret that riders are often conservative and sceptical when it comes to new things, above all when it makes their kit more cumbersome. It took one event in 1984 to convince them all: the World Championship at Kyalami, South Africa. Freddie Spencer fell off during practice when the carbon rear wheel on his Honda exploded, and smashed his back into the concrete of the curb.

The spectators feared the worst. Many were accustomed to the sad spectacle of riders being carried away on stretchers. But the American was a Dainese rider, and one of the few to use back protection. He had worn it for the first time that day, on Lino's insistence. He got back up. He was battered but he could stand! The new protector's effectiveness thus proved, riders flocked to copy Fast Freddie. And so the back protector took off, hitting the market soon after.

That year, 1984, was very much a turning point in motorcycle racing protection. The Dainese back protector spread on both World Championship tracks and normal roads, where it was worn by ordinary motorcycle lovers. It was the first body armor designed specifically for motorcycle sports. The evolution had begun.

Lightness, breathability, coverage and impact absorption. Nowadays, there is a solution to any need.

The improved second version was called BAP and appeared in 1993; its first ambassador was Kevin Schwantz. The value of back protection as against the negligible inconvenience of wearing it was now blindingly obvious. That inconvenience had come to be seen as the price of safety, safety that could take professional riders further, stretch them to their very limits, to fully express themselves through their riding. Schwantz was convinced when he visited the labs in Molvena, saw crash tests on the composite protection first hand and realized just how much violence they could take out of hits.

The 1998 back protector Space was a bridge to the Wave in 2002. Wave took its form from the armor of an armadillo, combining layers of light foam rubber, a aluminum honeycomb intermediary structure and a rippling plastic external shell, just like that of the animal. It reached new heights in breathability, lightness and protection. Thanks to its aluminum core, the back protector Wave weighed very little, and its honeycomb structure meant it could absorb a great deal of impact. It was soon worn on the track by Valentino Rossi, Max Biaggi, Troy Bayliss and many other World Championship riders, who were the first to enjoy its quality and easy integration with their racing suits. 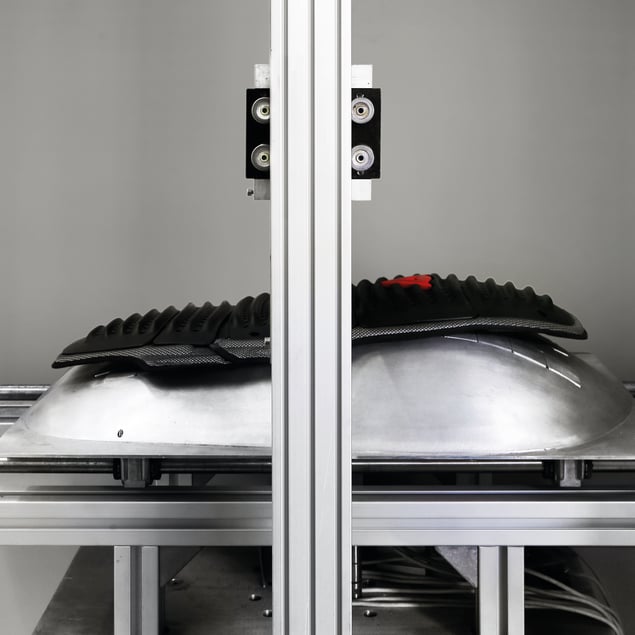 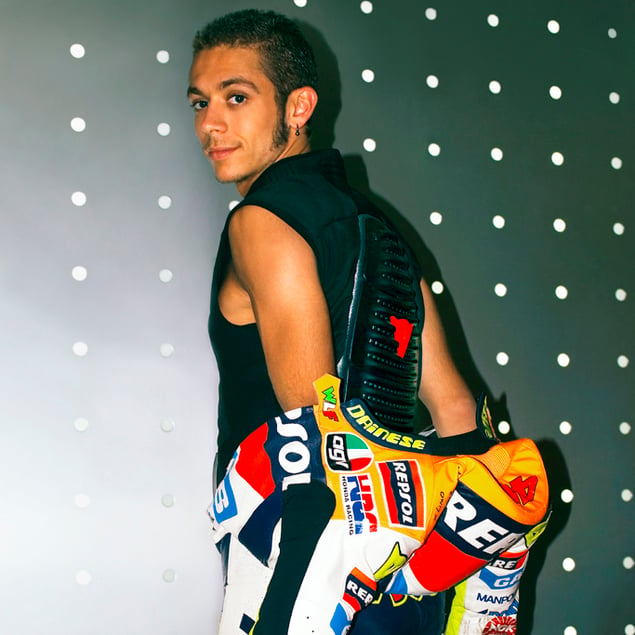 It was still state-of-the-art twelve years later, when the new Manis appeared in 2014. Manis also drew inspiration from the natural world, specifically from a rare mammal, the pangolin, with its strong and protective scales. It was certainly not lacking in innovation, capable as it was of adapting to the human body and its movements thanks to special joints that stretched and flexed based on the curvature of the back.

In 2016, Wave and Manis were reinforced by the new technology Pro Armor. This new protector worked on the principles of fractals, the language nature uses to create complex structures. No longer was this a composite protection. It used a carbon-based elastomer to disperse part of the force of hits in the form of heat, through the material itself. Its surface, 43% of which was perforated, set new records in breathability and airflow. The special tendons linking Pro Armor's panels ensured freedom of movement and allowed it to follow the motions and natural curvature of the spine.

Pro Speed was next, in 2019. This latest upgrade took what had gone before to even greater heights, employing the existing super-light aluminum structure and side joints in combination with a layer of EPP (similar to the EPS in helmets), which can absorb even the most violent hits. It maintains high breathability, as 28% of its surface is perforated.

The current range is designed to offer the best solution to every need, from the lightness of Wave to the breathability of Pro Armor, from the cover of Manis to the technology of Pro Speed. 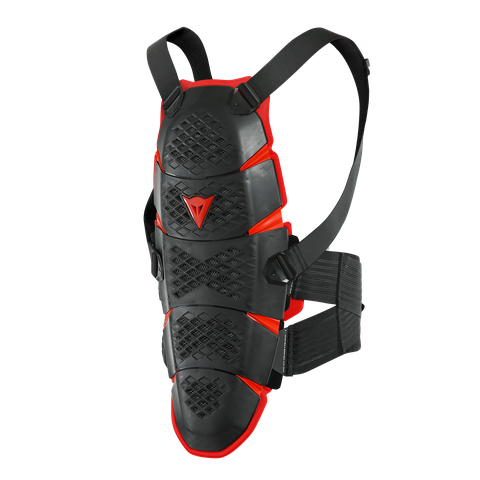 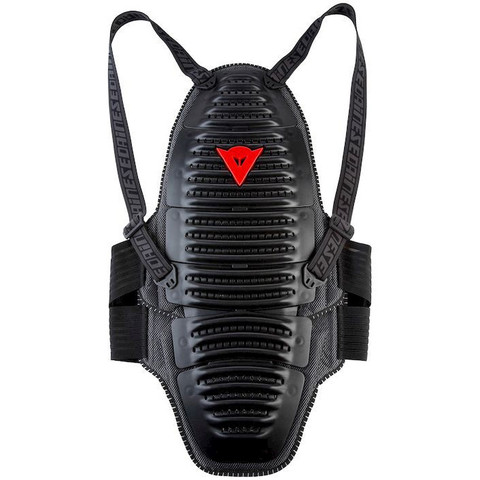 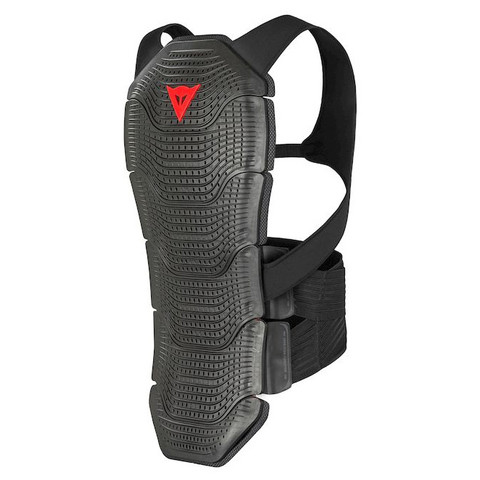 Here’s the definitive guide, from the inventor of the back protector and the airbag
#Protection
Motorbike / Tech