You’re on the main straight of your favorite track with well beyond 250 kph showing on the speedometer. You’re tucked in behind the tank of your bike, but for a few moments you can catch your breath and relax your muscles. Well, sort of. In any case, the perfect aerodynamics of the tucked position and integration of helmet and suit mean that you don’t have to fight to keep your head and whole body in position. But was it always like that?

Until the end of the 1980s it was a different story altogether. Aerodynamic study of racing and sports bikes was still so elementary as to be prehistoric, while clothing and protector manufacturers hadn’t even started looking into it. Keeping your body in the right position on straights was no laughing matter. The head in particular, tended to move left and right, requiring great effort from the neck muscles to stay straight. 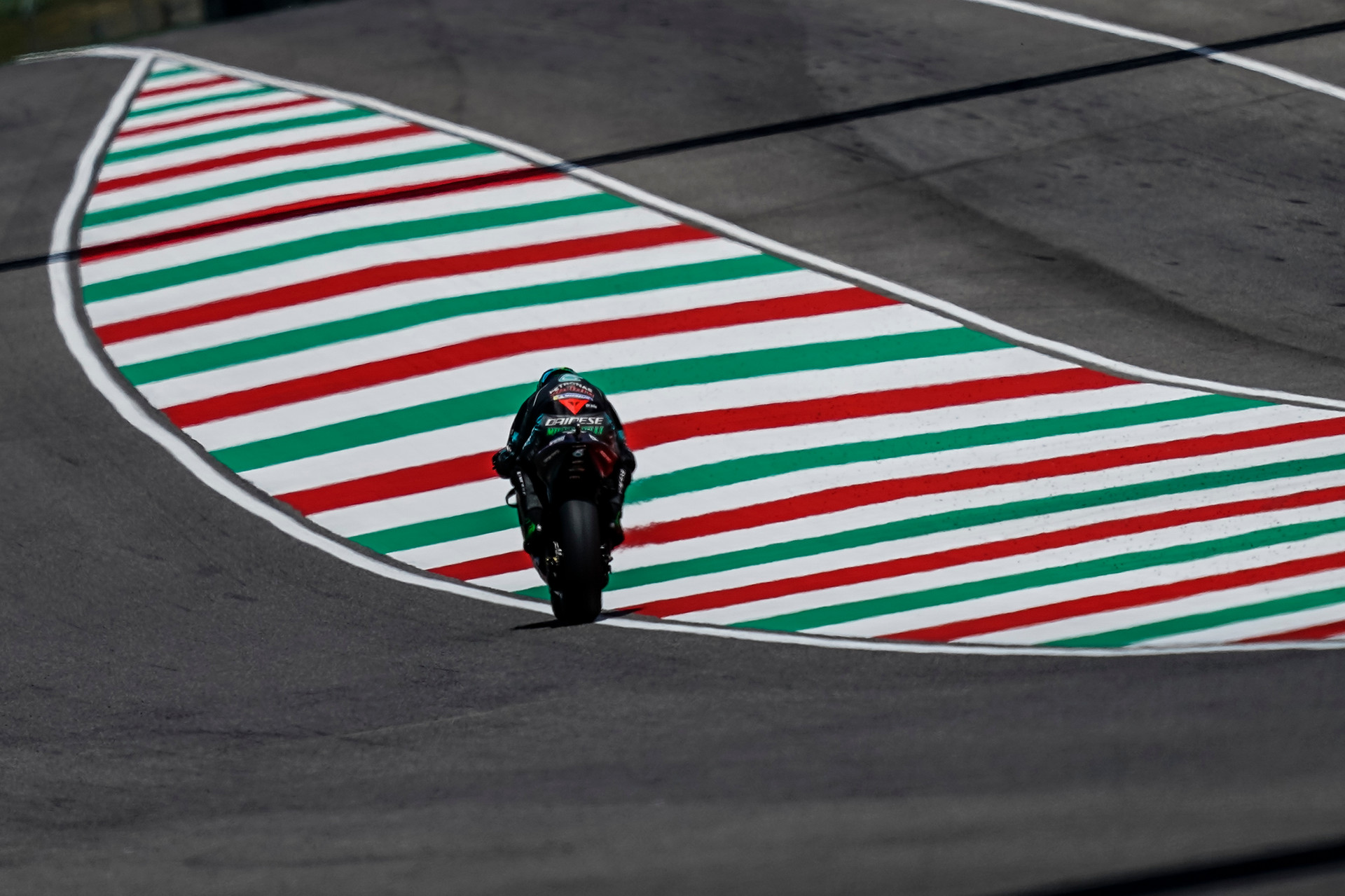 So it was that the hump came to the back of Dainese riders’ suits in 1988. But despite what you might think, it wasn’t introduced because of the aerodynamics. To start with, it had safety in mind and was made of foam rubber.

The arrival of the hump, an extension to the back protector

The search for the best back protection was still in progress at the end of the 1980s. The back protector had come to circuits a decade before, the first genuine personal protective equipment for motorcycling, and a revolution. But it couldn’t and can’t extend to the last thoracic vertebrae, because it could damage the cervical vertebrae if the neck bends a certain way. Dainese’s solution to this problem was a hump made of soft material to protect the parts that a back protector can’t reach.

Made of high-density foam rubber, it enabled excellent shock absorption and was shaped so that it didn’t interfere with any of the rider’s movements, to ensure maximum freedom and comfort. 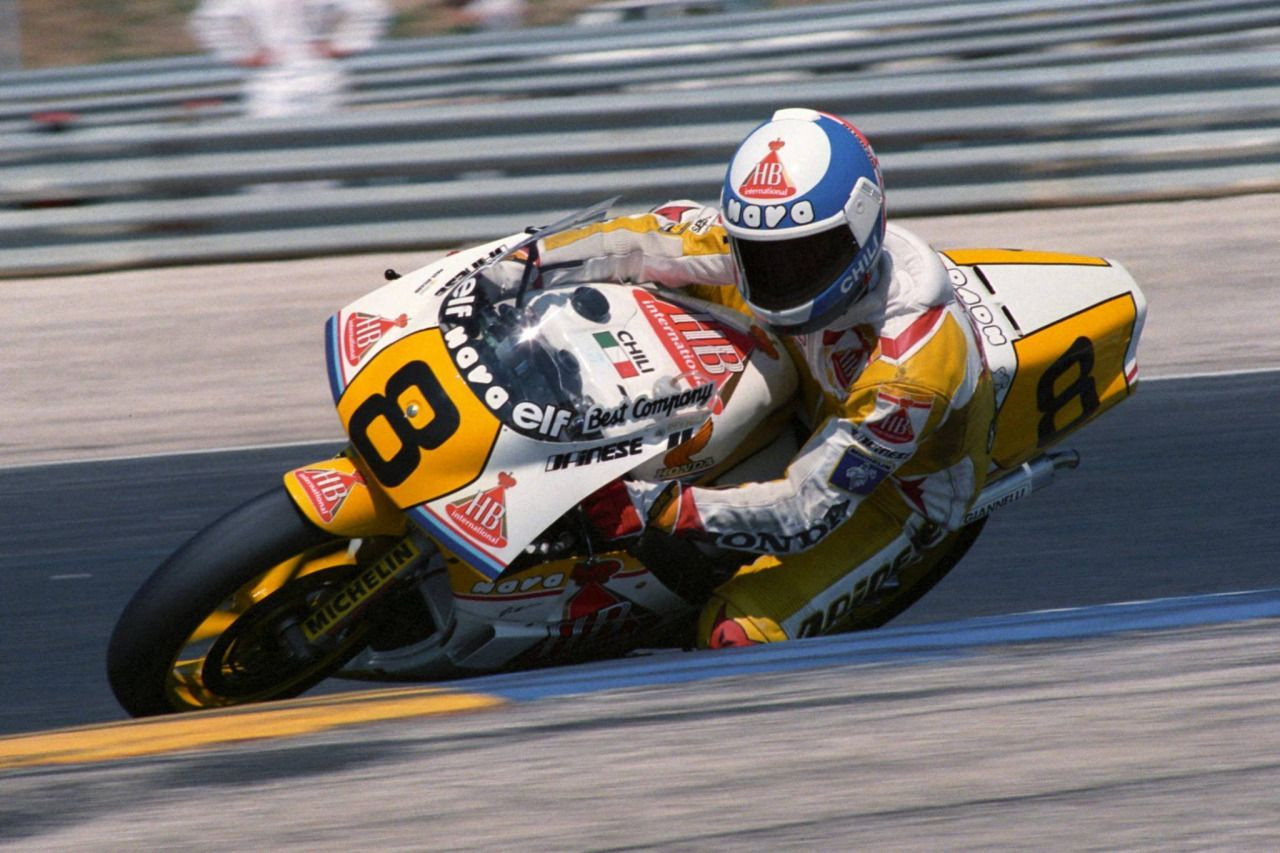 Bologna-born professional rider Pierfrancesco Chili was the first to race with it. In that year, 1988, he made regular appearances in the top 10 of the motorcycle GP’s premier class, 500. It was only a few years later that the true potential of this new protector was fully appreciated, however. It took Jean Philippe Ruggia, who had already made history as the first professional rider to scrape the ground with his elbows, to reveal the secret that the hump had in store.

After trying his new suit complete with hump, the French rider noticed that his head was much more stable at high speeds, when tucked in to cut through the air. Not having to continuously correct the movement of the head automatically translated into a great advantage in terms of concentration and saving energy. There was a huge improvement in neck-muscle fatigue at the end of each session, with resulting benefits in terms of performance and safety.

From this point forward, humps were studied from two separate perspectives, aerodynamic and protective performance, becoming dual-purpose devices. Research in the wind tunnel led it to change its shape in the mid 1990s. The new hump was longer and tapered, for a better connection between tank, helmet and the rider’s back. 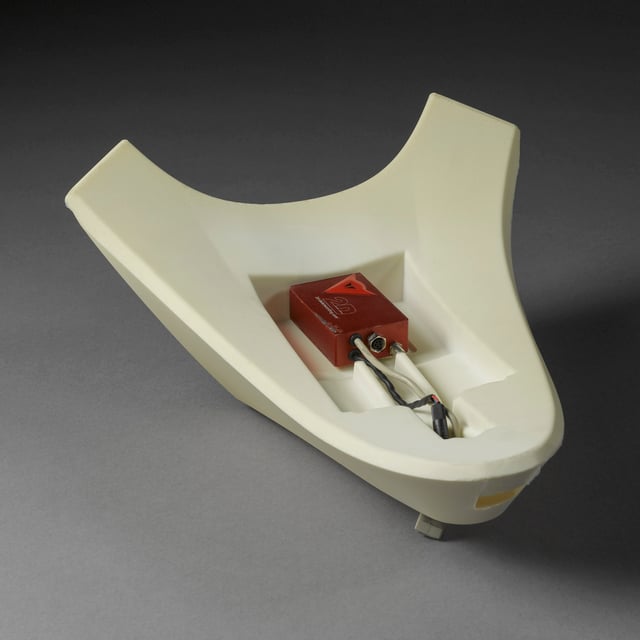 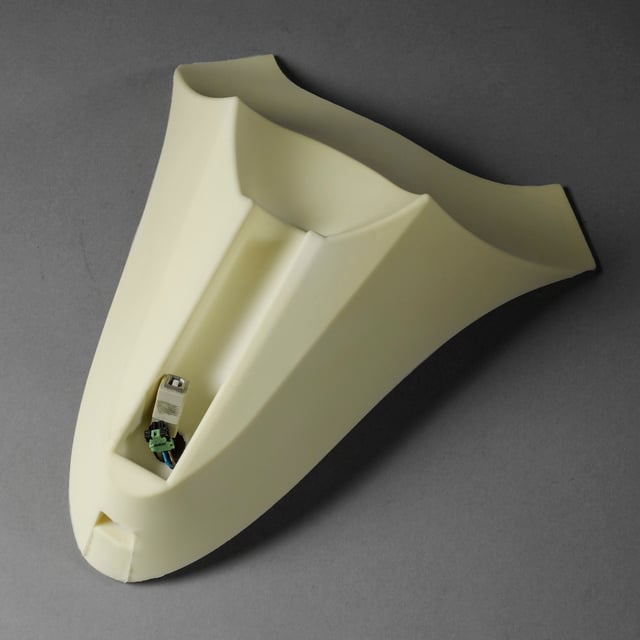 Humps took on an even more important role with the arrival of the new millennium. Testing on the newly arrived Dainese D-air® immediately led to the idea of using the hump to hold the airbag system’s control unit and sensors. So it became a genuine container, packed with technology and useful for one new purpose after another.

Some suits, which stopped at the prototype stage, used this volume on the back to hold the sensors of the Pro Com system, a sophisticated inner suit with many sensors for monitoring the rider’s vital signs. A suit with built-in cooling system came later, again stopping at the prototype stage. It featured a genuine radiator on the hump, to disperse excess heat in the hottest races.

The D-air®’s control units, Pro Com and the unprecedented radiator were followed by a hump used to house a hydration bag. The new camel bag, still used by professional riders, can be connected to the helmet through its built-in hydration system, so you can drink directly on the track. It’s a winning detail, which sees a lot of use on Grands Prix in hot climates, like Malaysia. 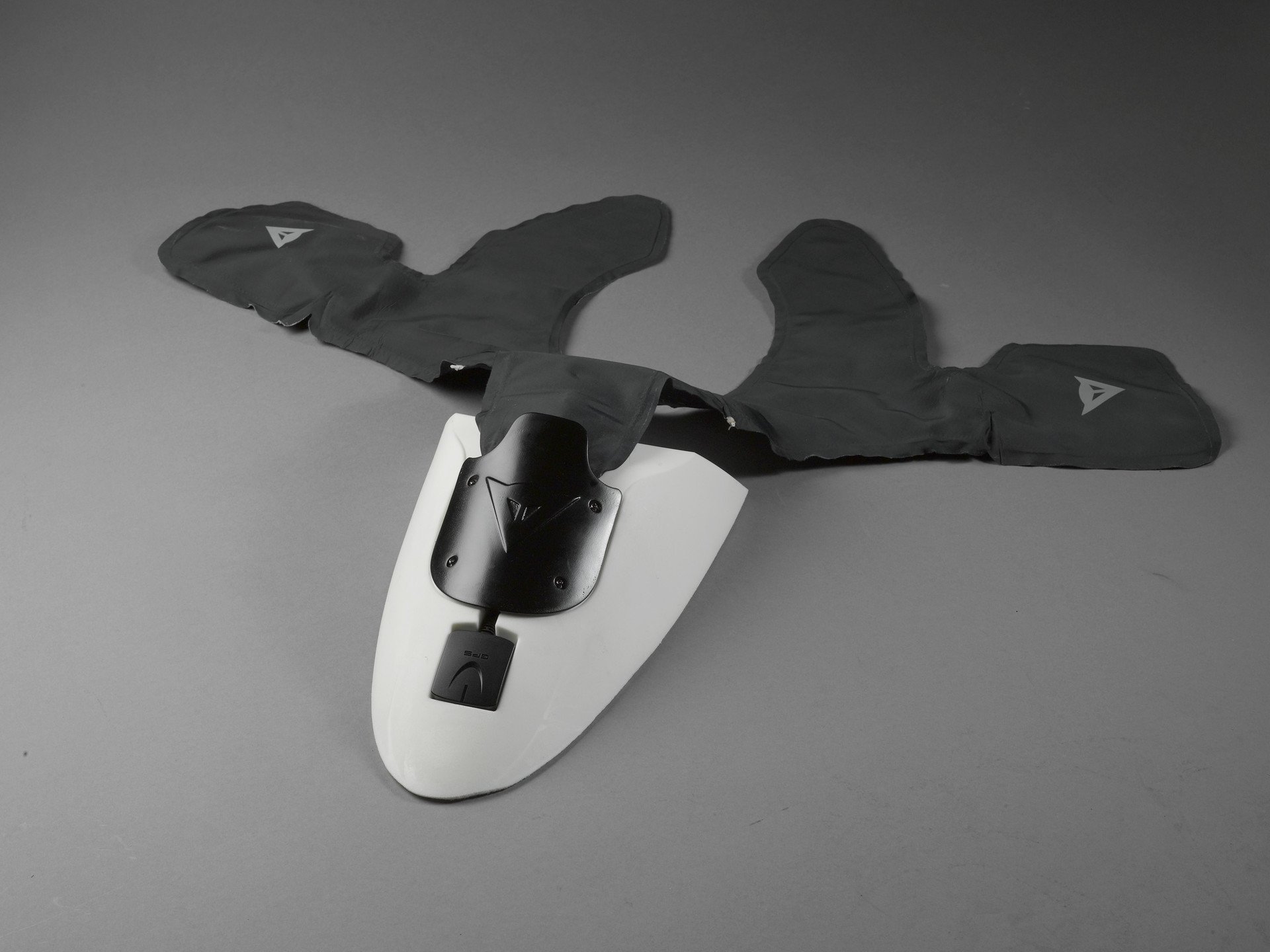 The latest step: the safety LED

The latest development dates to 2016, which saw the presentation of the new Mugello R suit. As well as the D-air® control unit and hydration bag, the hump on the Mugello R incorporates a crosswise LED that lights up in the event of a fall to make the rider more visible to others who may arrive, vital in the case of poor visibility above all.

Over three decades, clothing and protectors have undergone exponential development together with the machines themselves. The hump is no exception. From a mere piece of shaped foam, it has become home to extremely advanced technology and vital solutions for extreme track use, for professional riders and enthusiasts alike.