By DemoneRosso | 11 February 2021 | 1 min
D-air® Ski is the first electronic airbag designed to protect World Cup and World Championship athletes
D-air® Ski features a ‘brain’ and a ‘heart,’ along with an intelligent algorithm and an airbag engineered for protection
D-air® Ski is designed for skiing, inheriting some of the fundamental aspects developed by Dainese for MotoGP™ racing
It provides protection only when you need it, in case of potentially harmful falls for the skier
When deflated, it cannot be seen or felt, to avoid impeding performance

D-air® Ski was designed to help cope with the increasingly extreme conditions that World Cup and World Championship alpine skiers face. It is the first piece of protective ski equipment to use an electronic ‘brain’ to recognize the dynamics of a fall and activate the airbag in time.

D-air® Ski’s technology was created specifically for alpine skiing, but it has inherited some of the key features of its motorcycle rider counterpart. In that case, D-air® was created to put riders in the best performance conditions for MotoGP™ races, which are moving increasingly close to the limit as mechanical vehicles develop exponentially. 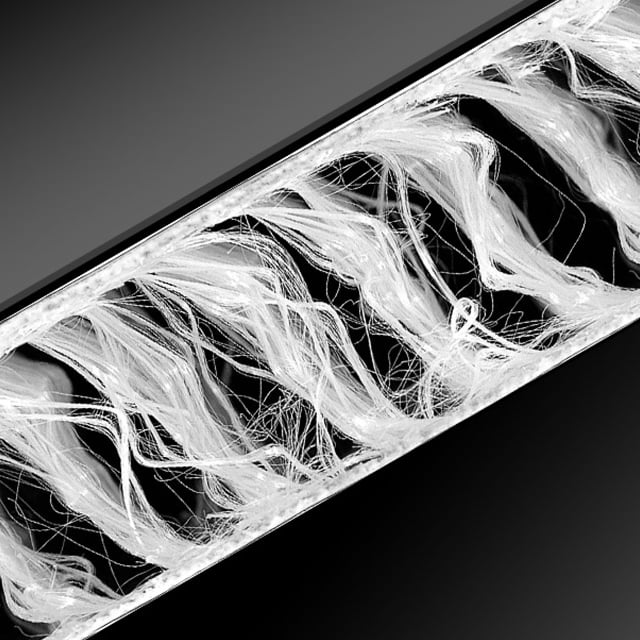 D-air® Ski, like the motorcycle system it shares technology with, is composed of two separate but completely integrated units: the ‘brain’ and ‘heart.’ The D-air® ‘brain’ is composed of a control unit and several sensors to detect every movement that the skier makes. Data sent by accelerometers, gyroscopes and GPS is analyzed a thousand times per second by an intelligent algorithm capable of distinguishing the dynamics of an accident from those of a normal race.

Once the typical movements of a fall are identified, the brain sends a signal to the gas generator, which is ready to inflate the airbag. All of this happens in a few thousandths of a second. The airbag is the ‘heart’ of D-air® Ski. It is an engineered surface capable of covering the areas most exposed to impacts on the upper part of the athlete's body. D-air® Ski airbag protects the skier's chest, collarbones and shoulders better than any traditional protector. Airbag inflation is fully controlled, as the patented microfilament technology ensures uniform pressure and thickness, and therefore safety, over the entire surface. 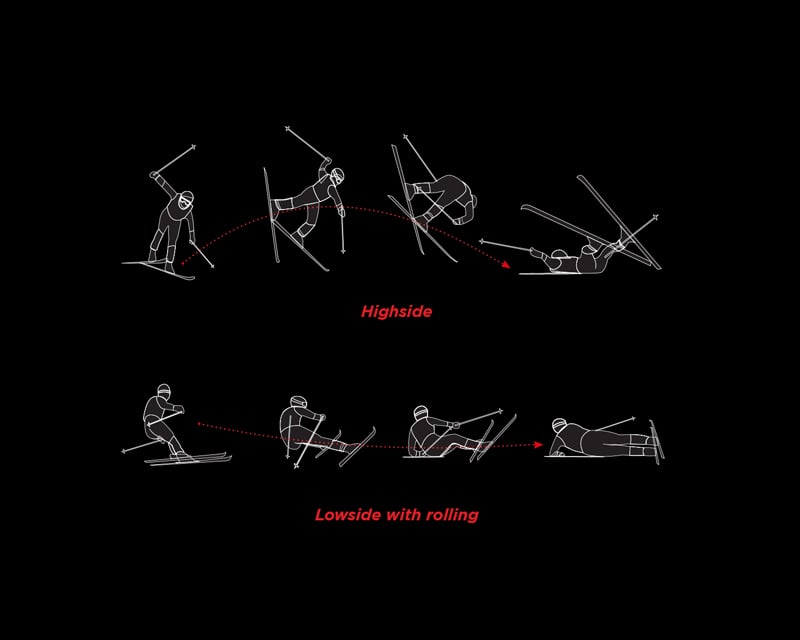 When does D-air® Ski activate?

The intelligent system has two activation programs, which have undergone live study over years of testing and research. A highside, probably the most dangerous of falls, is when the skier is tossed in the air; in this case D-air® activates independently before impact with the ground. The second program is activated in the event of a significant slide during which the athlete begins a potentially very dangerous roll.

D-air®, unlike other traditional protectors, can be neither seen nor felt until you need it. When deflated, the airbag lets the athlete move in complete freedom so as not to impede performance or safety. The control unit and gas generator, which are also imperceptible due to their insignificant weight and bulk, are integrated perfectly into the back protector. D-air® is there, with the skier, ready to spring into action, but only if needed. 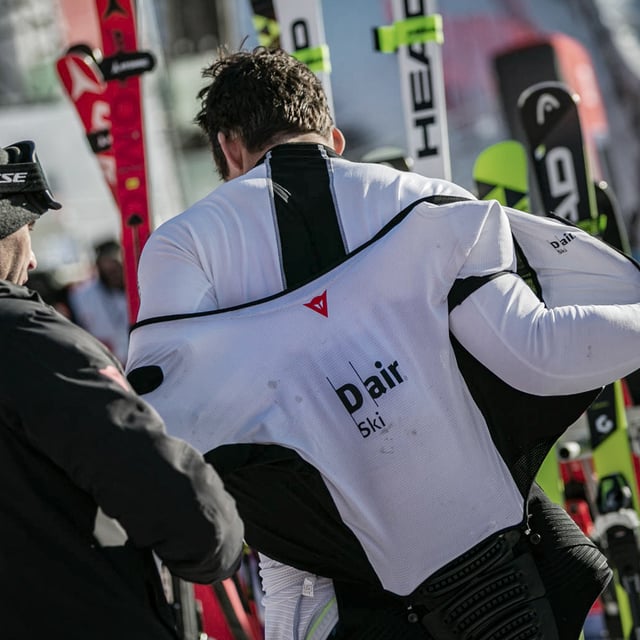 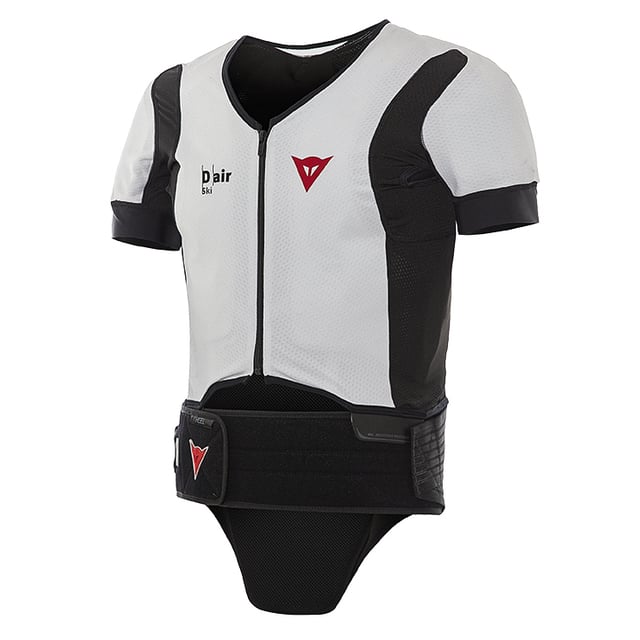 D-air® Ski was presented in 2012 as a prototype. Only two years later it made its debut at the World Cup and soon wiped out any possible doubt concerning the extra layer of protection. It immediately became the benchmark for athletes’ safety in the fast disciplines, downhill and Super-G, thanks also to its lightness and ergonomics. Three years later, in 2017, Matthias Mayer won the Super-G in Kitzbühel, becoming the first skier to win a race wearing the D-air® Ski.

D-air® Ski is the most advanced ski protection system, providing athletes with intelligent protection. Invisible and imperceptible until you really need it, the D-air® Ski offers freedom and protection so that you can give it your all, while maximizing performance under the most extreme racing conditions.

Do protections evolve along with skiing techniques?