By DemoneRosso | 27 April 2022 | 1 min
The old ECE22-05 standard gets an update after 19 years.
ECE22-06 came into force on January 1, 2021, but ECE22-05 helmets can still be used.
The new standard increases the number of points covered by impact tests and of speeds at which they’re carried out.
A penetration resistance test is carried out on the visor for the first time.
As in the FIM racing standard, it assesses the protection offered in impacts that produce rotation.

From January 1, 2021, a new motorcycle helmet homologation standard has been in force in Europe and all countries that adopt it. After a 19-year period in which ECE22-05 was in force, ECE22-06 renews the standard and raises the level of safety required for helmets to be sold on the market.

Timing and application of the new ECE22-06

The ECE22-05 standard, it should be pointed out, is still valid. Until June 2023, manufacturers will still be able to build helmets homologated according to this standard. From July 1, 2023, producing helmets meeting the ECE22-05 standard will no longer be allowed, but businesses will be able to continue selling the stock already produced before that date. It should be noted that the helmets do not expire: Even after the July 2023 date, ECE22-05 helmets can still be used normally on the road.

The points of the impact tests

ECE22-06 takes a clear step forward. It requires a much higher level of protection which is determined with a series of stricter and more accurate tests. The old ECE22-05 standard identifies five points on the shell of the helmet where impact against the anvil takes place. The front, top, back, side and chinguard are the points used for the assessment.

With ECE22-06, each helmet can be tested on a total of 18 points, one of which on the chinguard for full-face models. It means that producers have to guarantee that whatever area is assessed provides effective protection. The impact tests differ according to the shape of the object that strikes the helmet, be it a flat body or one like a step or bar.

A visor penetration resistance test is then carried out. A 6 mm steel ball is fired at the visor at 80 m/s. The visor has to prevent the ball from passing and, if it breaks, it mustn’t shatter.

It might seem obvious, but helmets need to protect against impacts at higher speeds, not just the most violent impacts. They also need to protect against less intense blows. It’s a good idea to clarify some concepts here. A particularly rigid helmet is likely to provide a lot of protection against high-speed impacts. It may however be less safe in the event of lesser impacts, because excessive structural rigidity may transfer the full force of the impact to the head, without absorbing and dissipating it adequately. It means that further development is required for new helmets to be able to guarantee the right protection at both low and high speeds.

The width of field of vision offered by the front opening and visor are assessed, with the breadth of the view unable to fall below a given threshold. It should be added that the new homologation requires tests on the visual distortion, scratch resistance and light refraction levels also for the sun visor, no longer the visor alone. 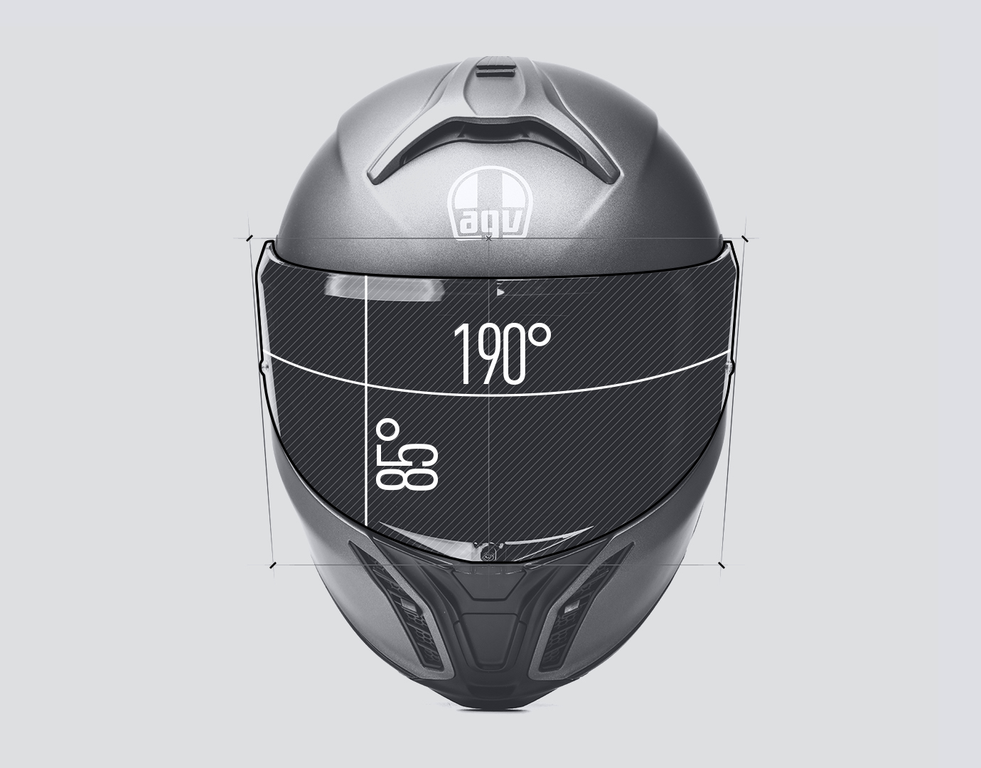 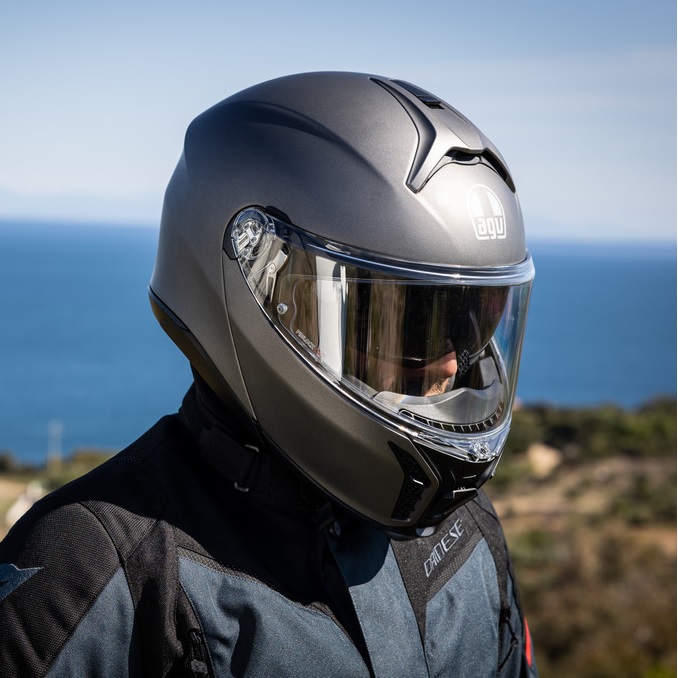 Lightweight, comfortable and ultra-protective modular helmet, set up for use with integrated DMC Mesh communication system. Designed for maximum comfort and safety on long trips.

What is rotational acceleration?

A brand-new aspect is the assessment of oblique impacts. That means all impacts where the head strikes any object at an angle that isn’t perpendicular. According to the most recent industry studies, these are precisely the impacts that cause the most severe brain damage, due to the strong rotation transmitted to the head (rotational acceleration).

This type of impact can now be studied through measurement systems that are more sophisticated than those of the past, using accelerometers and angular velocity sensors.

P/J homologation is the one relating to modular helmets. The P stands for ‘protective’, to indicate the full-face helmet, and J for ‘jet’ (open-face). These initials mean precisely that a P/J-homologated helmet can be used both open and closed. With ECE22-06, the tests needed to meet this standard are regulated with greater precision as well.

To obtain P/J homologation, the helmet must be able to remain closed or open when subjected to the respective tests for full-face helmets and open-face helmets. Needless to say, the helmet has to pass both series of tests to meet the standard.

Integrated communication systems and other accessories

According to the new standard, communication systems or other accessories on the helmet, whether external or integrated inside the shell, have to be homologated together with the helmet. This means that intercom systems that have not been validated together with the model of helmet where they are applied are no longer allowed. When ECE22-06 is the only homologation in force, fitting communication systems or any other aftermarket accessory must also be authorized by the helmet manufacturer, based on the list of accessories with which the helmet has been homologated.

The new ECE22-06 standard is definitely an improvement on a standard that is now nearly twenty years old. Helmets are subjected to more accurate and varied tests with greater strictness to increase the level of safety offered to all riders. 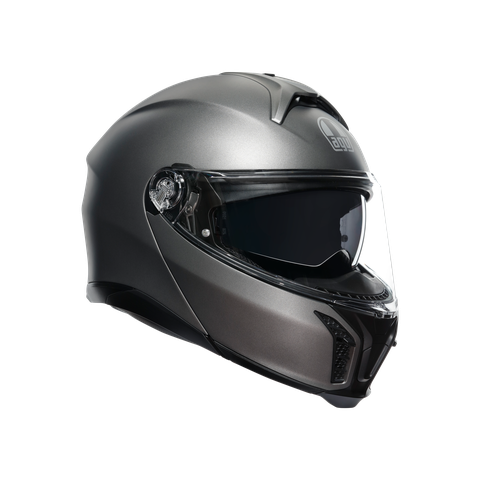 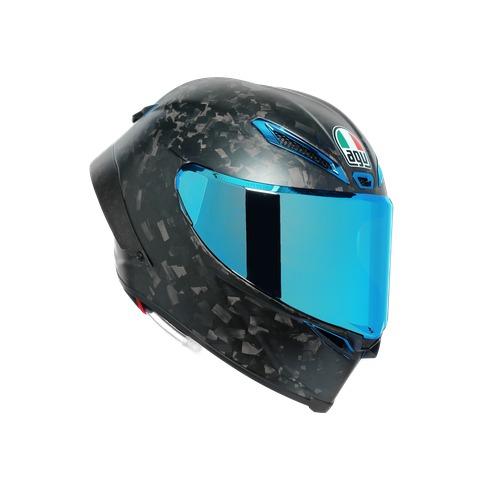 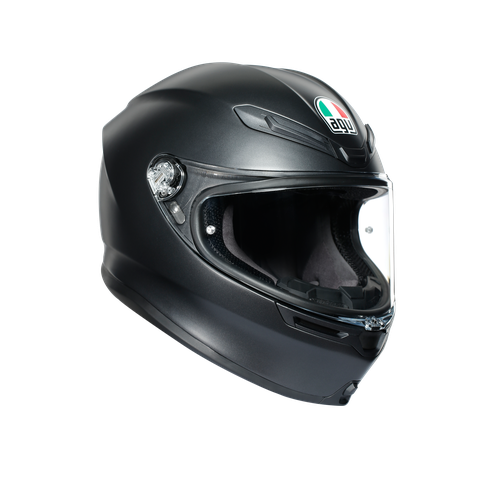 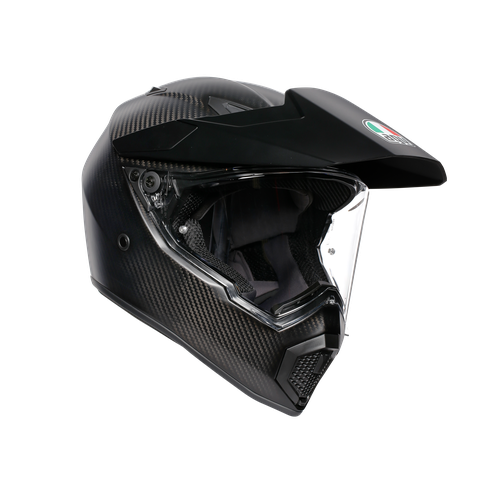 How to choose the perfect helmet: guide to sizes, types and what to look out for

Choosing a helmet isn’t something you can take for granted, especially when you’re starting out. Here’s a complete guide on how to choose your ideal helmet.
#Protection
Motorbike / Tech

Here’s the definitive guide, from the inventor of the back protector and the airbag
#Protection