The sudden evolution which America’s Cup sailboats saw in the last few years brought them to never-seen-before speed levels. Nearly hitting 100 kph on the sea surface exposes the crews to new and unexpected risks. Falling in the water at that speed is not much different compared to crashing into the asphalt of a racetrack. For this reason, it’s now necessary to gear up properly. 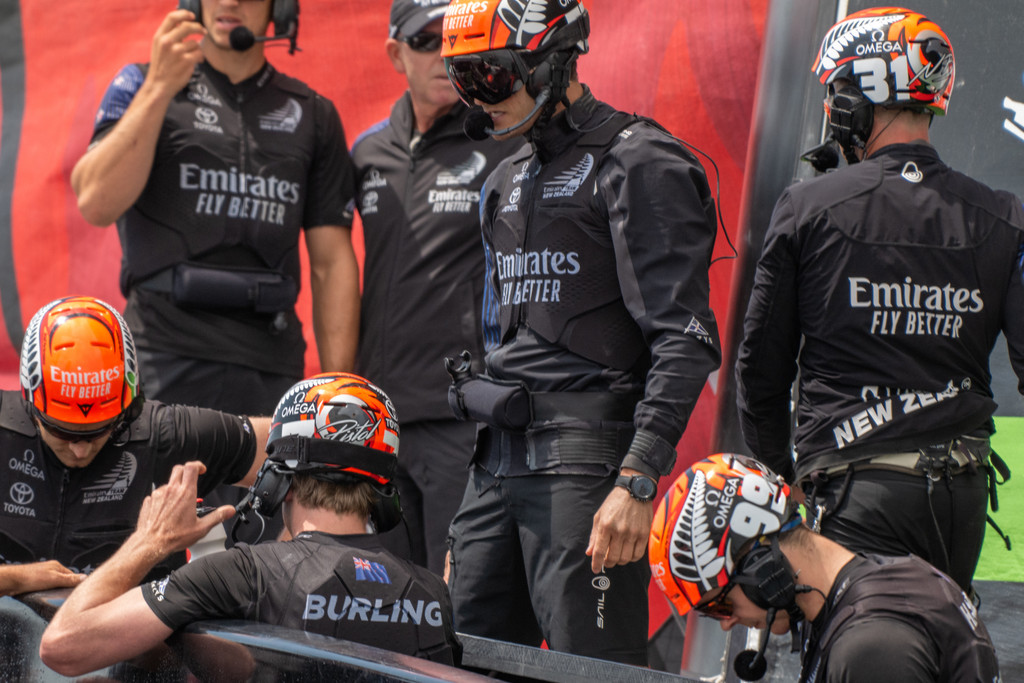 Emirates Team New Zealand and Luna Rossa Prada Pirelli, whose teams are competing for the 36th America’s Cup presented by PRADA title, spoke to Dainese to have a proper safety device developed, to protect their athletes on the new boats, ever more refined and technological, now capable of reaching 50 knots.

The influence of other sports

Study of sailors’ needs underpinned the project to create the new jacket. In America’s Cup races, crews need flexibility together with low weight and bulk, close to what mountain bikers need. Using the experience acquired, Dainese has created a protector that recalls many characteristics of downhill clothing. The choice fell to soft protectors, best able to meet the requirements of protection and freedom of movement.

The first Sea-Guard prototype derived from mountain bike protectors, and offers safety where you need it at sea, the back, chest and collarbones. The jacket was shipped directly to the teams for testing. The response of the two teams allowed the Sea-Guard to evolve and adapt to the dynamics of the sailing world. One aspect that isn’t considered in mountain biking is buoyancy, essential in the sea and a characteristic expressly required by the rules of the America’s Cup. That’s where the first real product challenge came in. 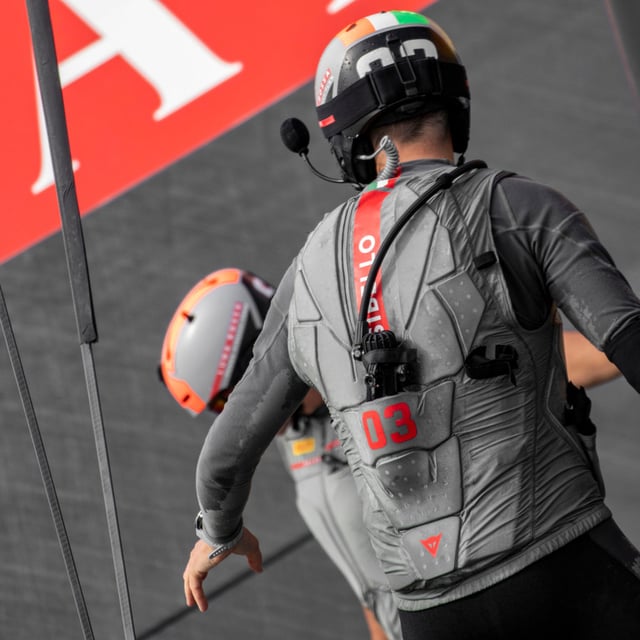 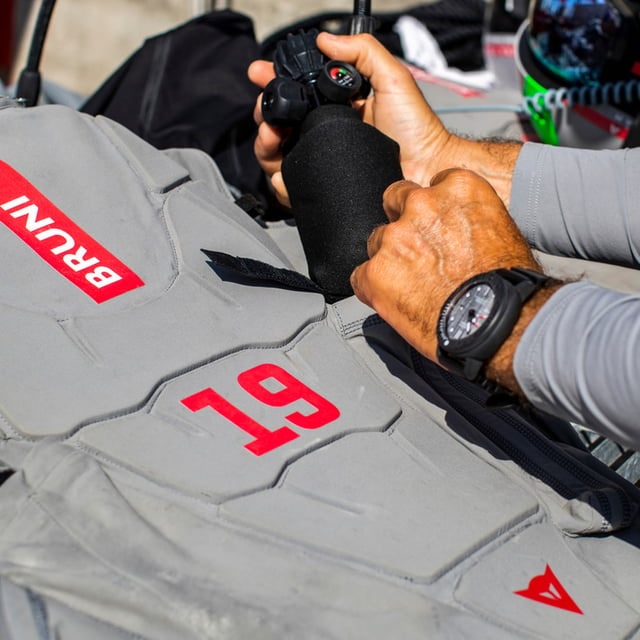 Impact protection is one of the aspects that Dainese has always worked on, but floating represented something completely new. The work carried out in synergy between the Dainese R&D department and the teams led to a solution of applying floating pads to the inside of the protective panels, on both the back and the chest. That’s how flotation certification was achieved.

The next step was achieving wearability and the utmost freedom of movement, despite the now greater thickness of the floating protectors. Light weight and comfort are key factors in the development of any protective sports clothing. Without them, the garment itself can’t let athletes give it their all, so all of their effectiveness is lost. 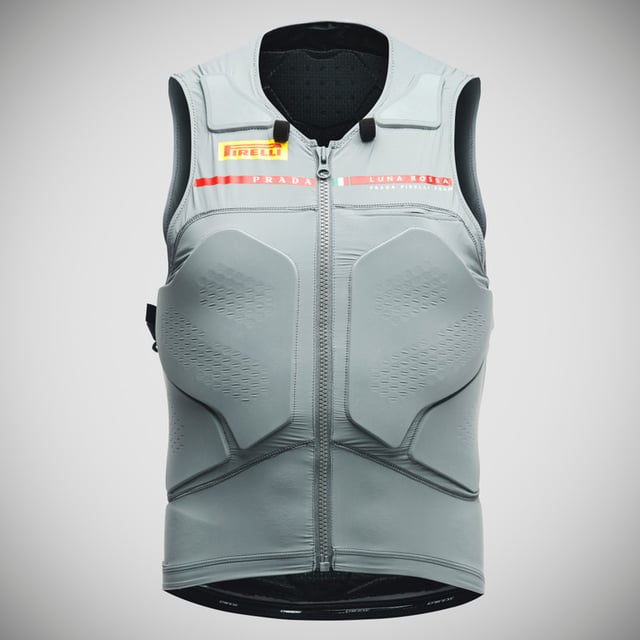 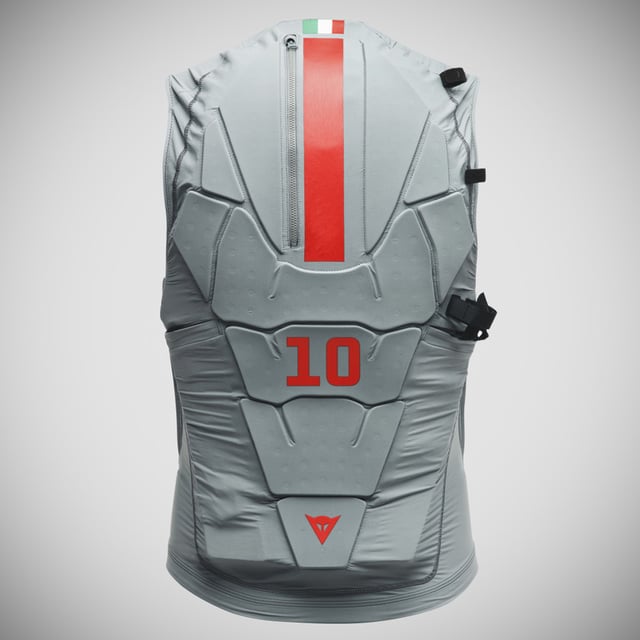 The Luna Rossa Prada Pirelli version is made of Prada fabric, a fine, elastic, extremely light and resistant material. The protection on the back extends to the coccyx, protecting the lumbar vertebrae. On the upper back area of the Italian team’s jacket is a hydration pack, technology taken from MotoGP™ suits, so that hydration is always possible, to enable peak concentration and physical efficiency at all times. On the right side is a compartment to house a small oxygen cylinder for emergency situations. Other items in the athletes’ essential kit are an intercom system for communication with the rest of the team and the race director, and a knife for cutting the lines in critical situations.

The Emirates Team New Zealand version is made of technical material and has different wearability characteristics. It is short and essential, to favor freedom of movement. The pocket for holding the oxygen cylinder is at the back, on the left side. Emirates Team New Zealand’s Dainese protective gear doesn’t stop at the Sea-Guard jacket. The team from down under wears a special helmet designed by Aldo Drudi. Again, there are strong links with other sports and a wide-ranging fusion of technologies. The helmet bears the ever-present Silver Fern, the symbol of New Zealand’s national sports teams. 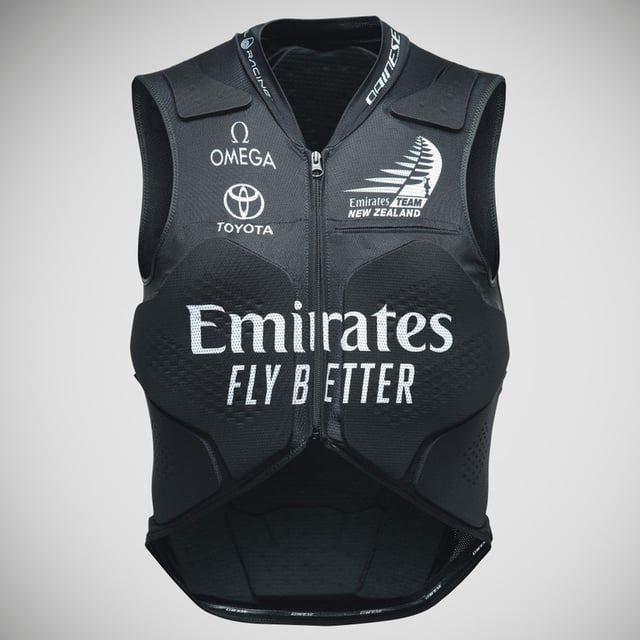 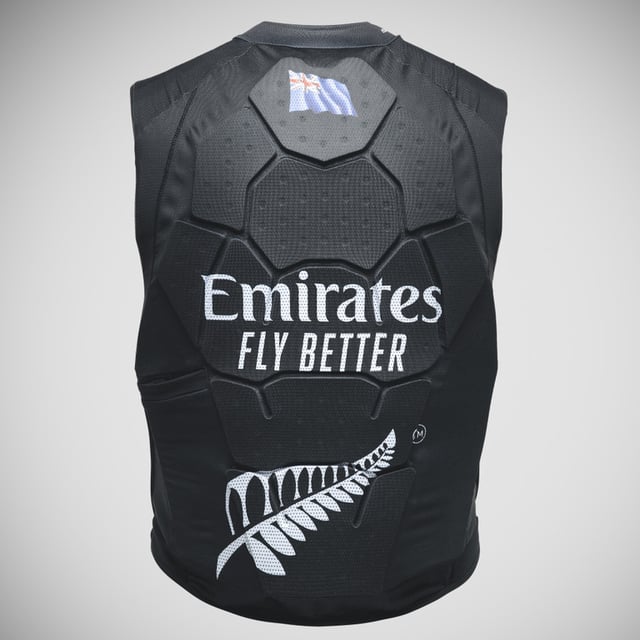 From the asphalt of the Motorcycle World Championship to the ocean of the America's Cup, taking in the trails of the Downhill World Cup, Sea-Guard results from research in synergy and collaboration with examples of international excellence. It’s a blend of technology and know-how, developed at the maximum level of sports.