By DemoneRosso | 28 January 2021 | 1 min
Sliders are now an integral part of suits. They’re synonymous with track and lean
At the end of the 1970s, Roberts, ‘the Martian’, invented a brand-new riding style, leaning the bike like no one else
The first slides on the asphalt led to handcrafted solutions like visors taped to suits
The ‘istrice’ was the first genuine slider model, and made its motorcycle GP debut in 1981
The form and materials were developed in the search for performance
Experimentation continued throughout the 1990s, resulting in today’s racing slider

The knee slider, commonly called a ‘bar of soap’ in Italian, is an essential component of leather suits. For amateurs who take to the track for the first time, a scratched slider is the proof that you had a great day. For experts, it’s one of many things, maybe taken for granted, that contribute to performance. Of course. There’s nothing out of the ordinary in seeing a rider leaning to slide his knee on the asphalt or curb. Fifty years ago, however, it was another story. Those angles were unthinkable, and a knee that close to the ground meant a cover photo on the most popular weekly.

But in 1978, a Martian came to motorcycle GPs, with a Californian passport and going by the name of Kenny Roberts. He came with a brand-new riding style which was to revolutionize Grand Prix suit design in short order.  He leaned more than anyone else and felt the need for a third point of contact with the track. It was the first time someone made a habit of cornering with their knee to the ground. He set a trend right away. Everyone knew that the die had been cast and started to copy King Kenny and his black and yellow bike. 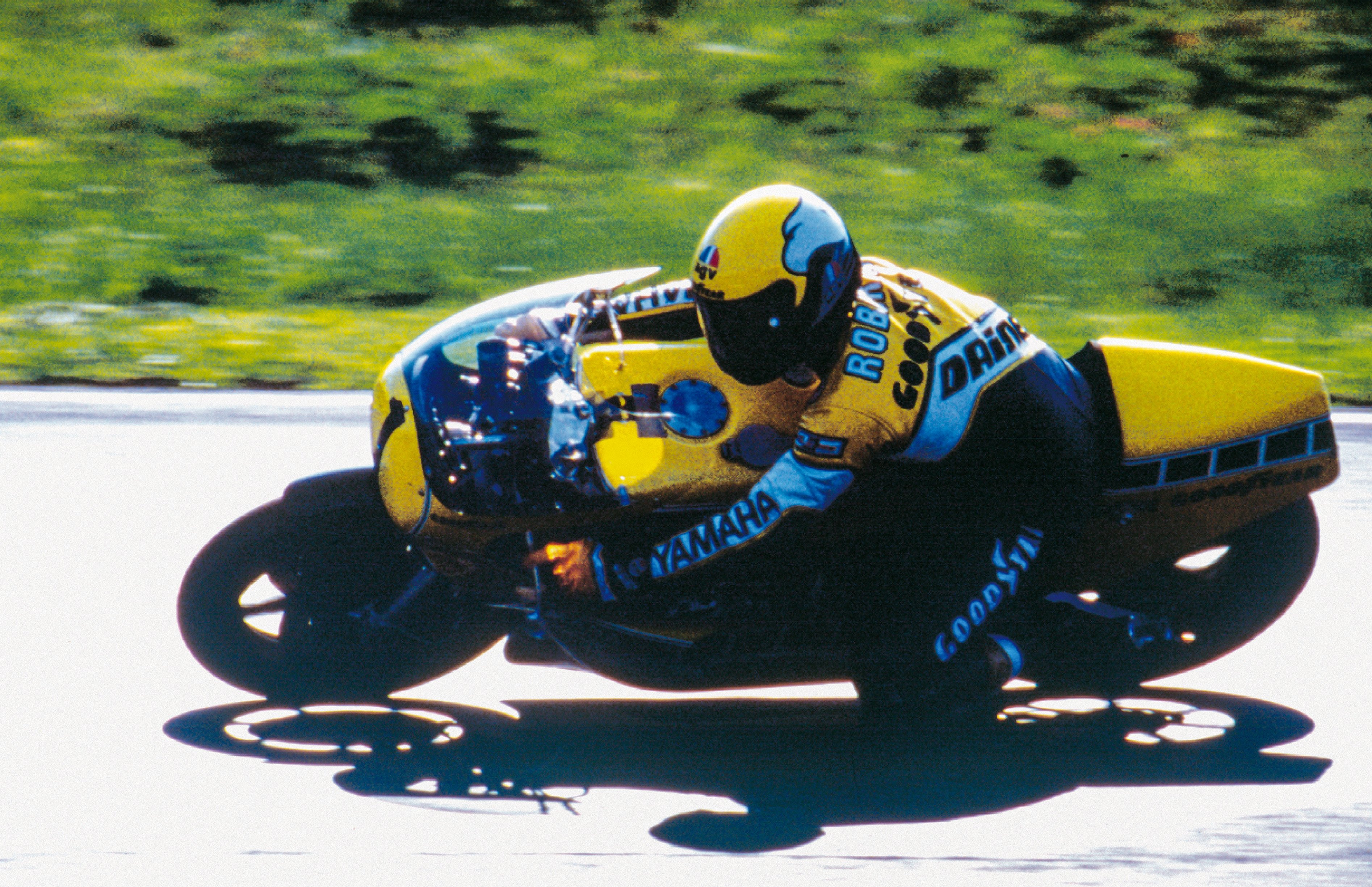 Skin wouldn’t cut it anymore. It doesn’t slide, can’t stand up to abrasion from the asphalt. An alternative was needed, and someone hit on the idea of used visors. They were shaped as they saw fit and taped to the suit, so that knees could rest on the ground and slide, and the riders could concentrate on their speed through the corner. That idea came from the riders, who decided to experiment with a handmade solution right in the middle of race weekends, but it pointed clearly to an emerging need. 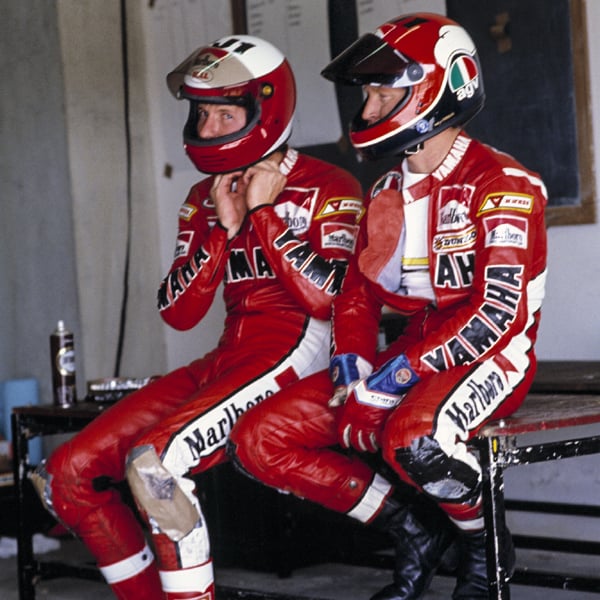 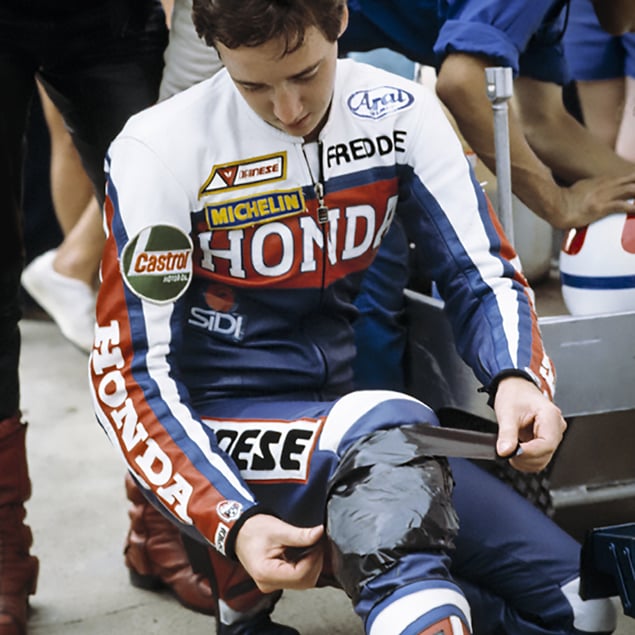 Suit makers quickly stepped in to help the riders, so they could put in the best performance possible and experience the new style of riding. And so the first rudimentary knee slider was created. It was subject to evolution and refinement in the following decade until it took on its current form. Dainese introduced the istrice (porcupine) in 1981, named for its characteristic shape. It consisted of a series of plastic cylinders that emerge from the base as the rider’s knee bends. This proved impractical, however. It wasn’t easy to replace when used. Very few examples of suits with built-in istrice sliders remain. One distinctive example belonged to five-time world champion Toni Mang and is now preserved in the Dainese Archivio in Vicenza. 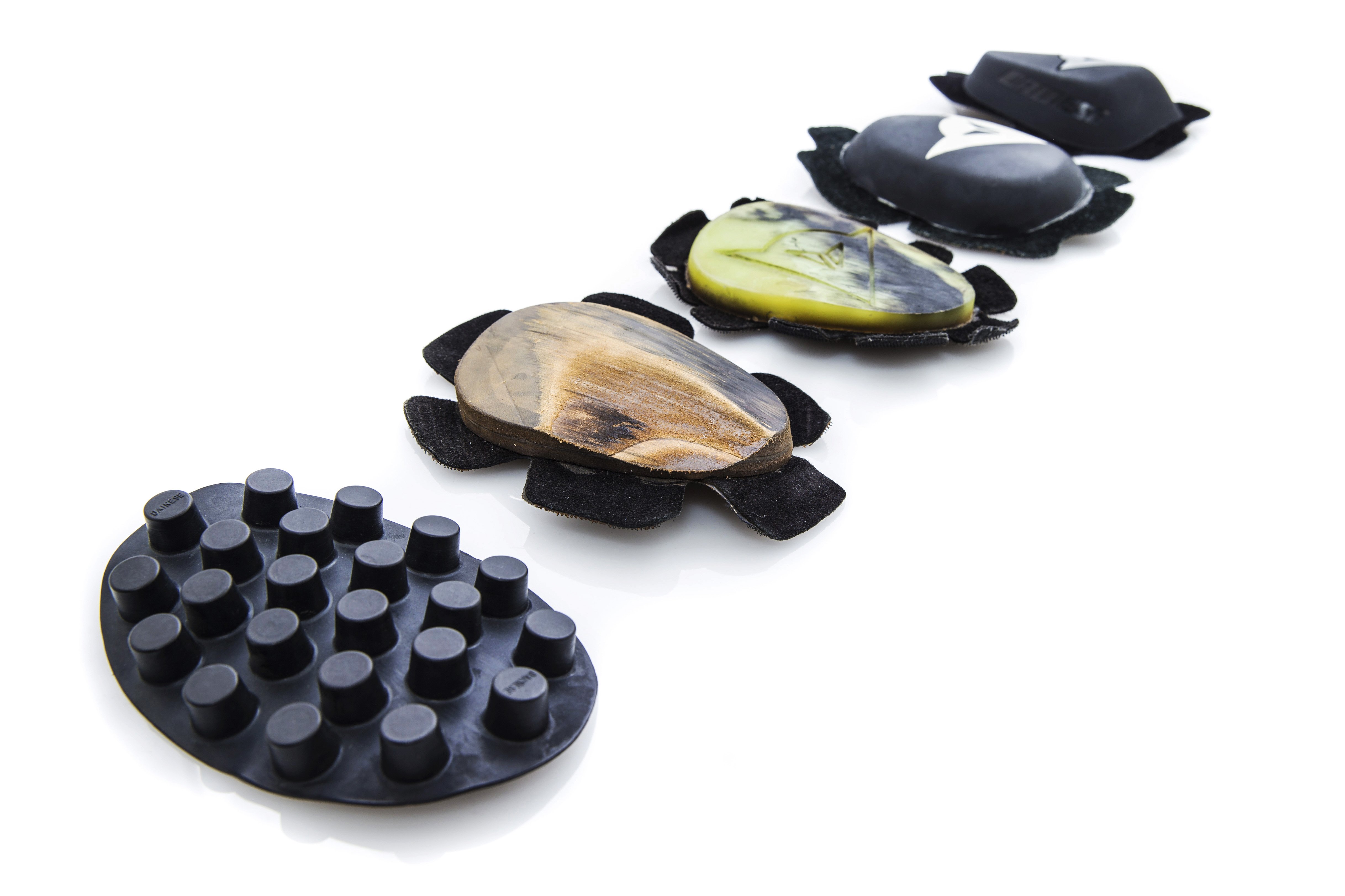 The search for performance

The second stage of evolution came a few years later. The form was similar to that of today, but the substance was different. It was made of leather, oval and more solid than its predecessor, but had the flaw of not sliding enough on the asphalt. It came with velcro application however, allowing quick replacement when needed.

The next version, the third, kept the oval shape but returned to plastic. It was 1986 and it still wasn’t the definitive slider, although it already approached the state of the art. Today’s slider arrived in the early 1990s. It was similar to the previous one, but with improved configuration and profile, rounded instead of angular. Some of the first suits incorporating the modern slider belonged to Kevin Schwantz, a Dainese rider from 1993 and 500cc champion in the same year. 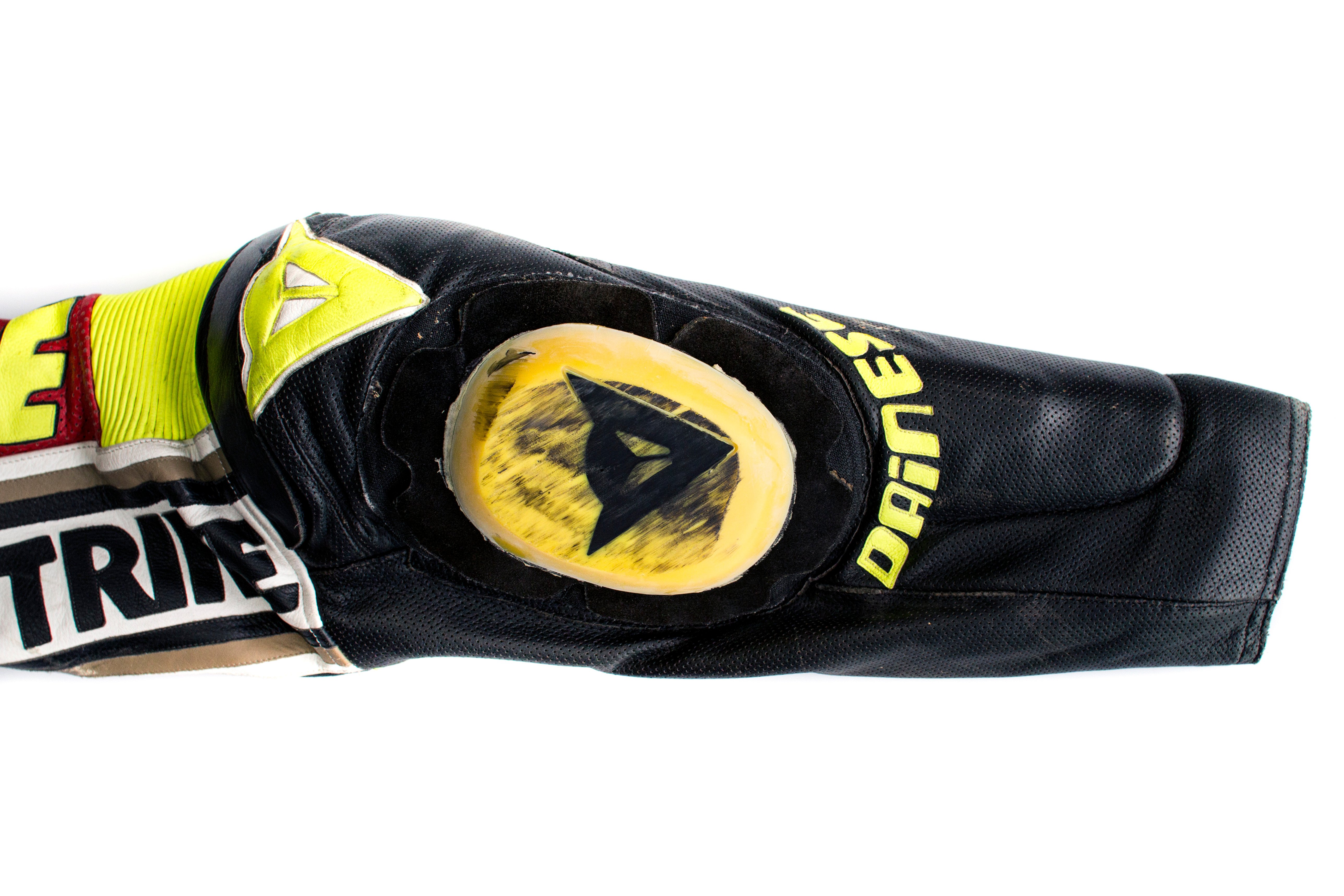 Dainese continued to experiment between the end of the 1990s and the early years of the new millennium. It first offered a two-compound slider and then one with quick coupling and release. The last solutions were tested and taken to the track by riders of the caliber of Carl Fogarty, Troy Bayliss and Daijiro Kato. But they weren’t what was called for, tending to ‘seize’ on the asphalt rather than sliding as desired. So it was back to the beaten path, a sign that not everything new is genuinely innovative. Meanwhile, work was also being carried out to diversify the sliders to meet riders’ needs. The most striking example was the ‘rain’ slider, which was thicker so that it could make contact with the asphalt despite lower lean angles. High Durability sliders came after, made of a more long-lasting material.

Since the Californian Kenny Roberts arrived in 1978, racing suit design has seen radical changes. And this is where the motorcycle clothing revolution started, when specific elements were created for sliding knees on the asphalt. The idea of sliding as a defense for the human body started with sliders then assumed other forms, like metal shoulder and knee plates. Just like knee sliders, they slide on the asphalt to prevent particular points stopping on the ground and limbs from rotating dangerously. It wasn’t until after 2010 that the first elbow sliders arrived, though not a lot of people know that some 250cc class riders had their forearms dangerously close to the ground as far back as the 1990s. 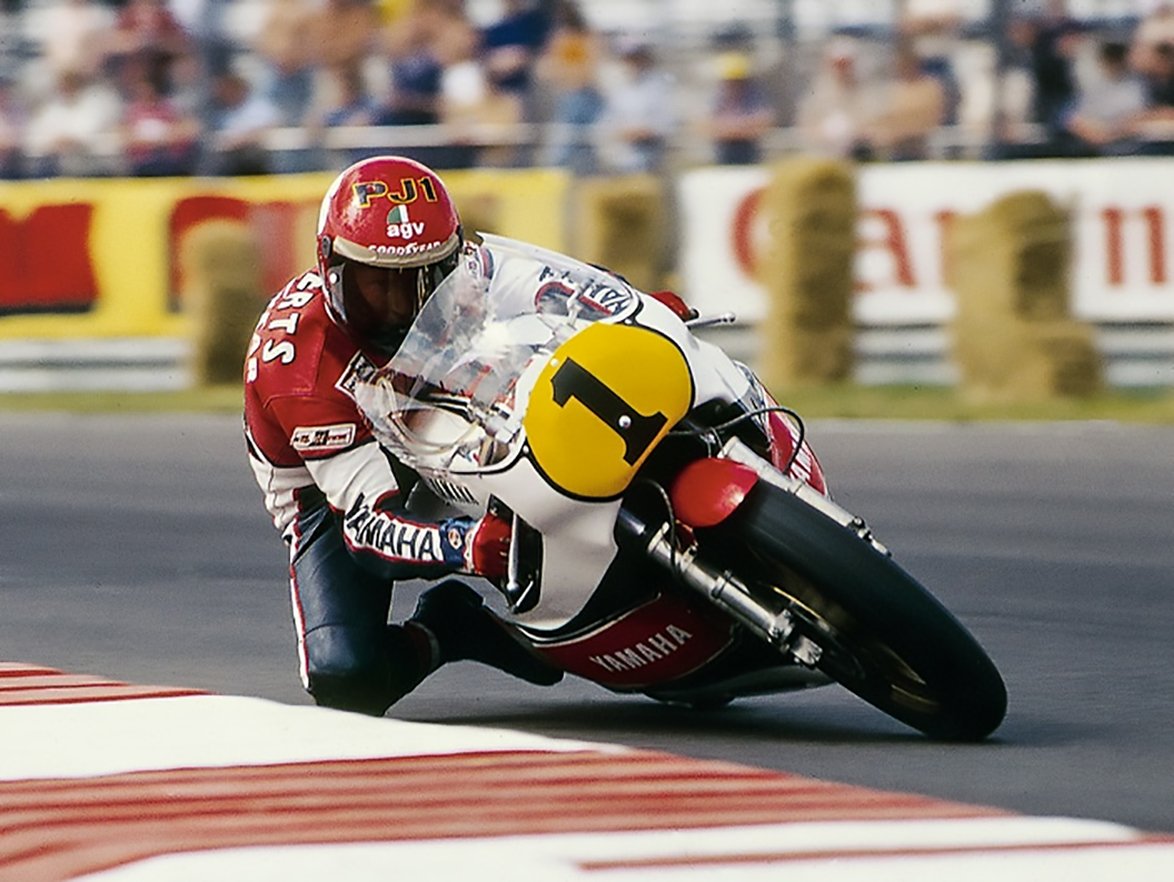 The care of your helmet