In over 70 years of history, AGV hasn’t limited itself to two wheels. The Italian brand also gloried in the highest class of auto racing, Formula 1. Having established its biking credentials with the help of Giacomo Agostini, the start of the 1970s saw AGV helmets make their debut on drivers in single-seaters.

AGV didn’t merely put in an appearance. Everyone had gotten used to seeing Italian helmets out in front, and two extra wheels couldn’t be allowed to change that. The logo itself tells a success story. Legend has it that the Italian-flag badge encapsulates the helmet of Agostini himself, as seen from behind by his rivals.

So founder Gino Amisano put the top drivers of the day under contract with AGV. The helmets from Valenza in the province of Alessandria made their debut and notched up wins soon after. 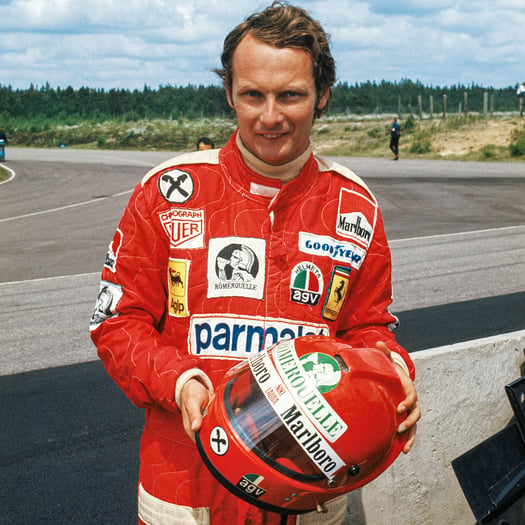 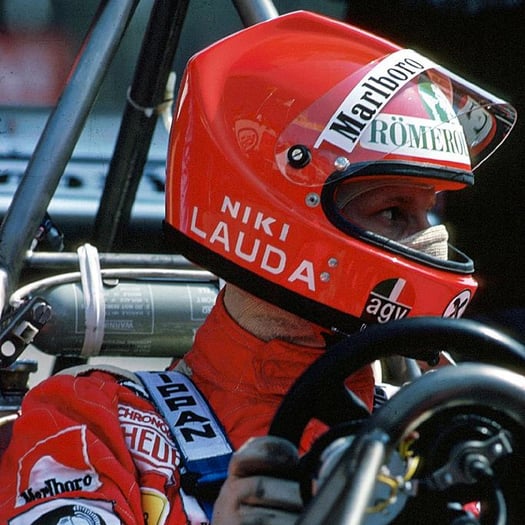 The first driver to take AGV to Formula 1 triumph was Emerson Fittipaldi, a Brazilian born in São Paulo but with origins in Basilicata. In 1974 he moved from Lotus to McLaren and became world champion for the second time in his career, after the one in 1972.

Things went even better for AGV next year, if that’s possible. The car of the World Drivers’ Champion was Ferrari red, with a young Austrian at its wheel. Not even thirty yet, he was soon to take his rightful place among the legends of auto racing: Niki Lauda, a name which needs no explanation.

1975 was Lauda’s second with Ferrari and he was one of the most respected drivers in the world championship to all intents and purposes. He came out on top, with five wins and nearly two races between him and Fittipaldi at the end of the season. 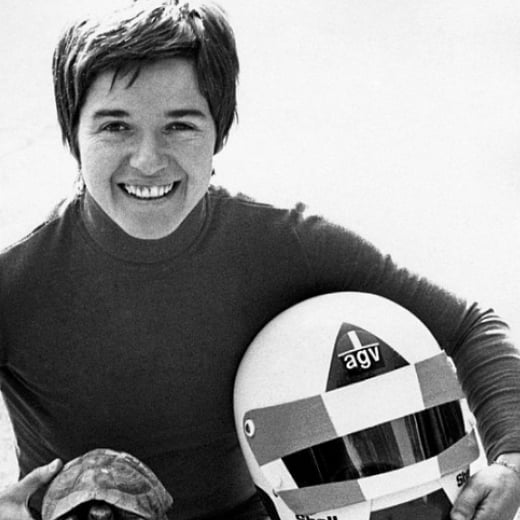 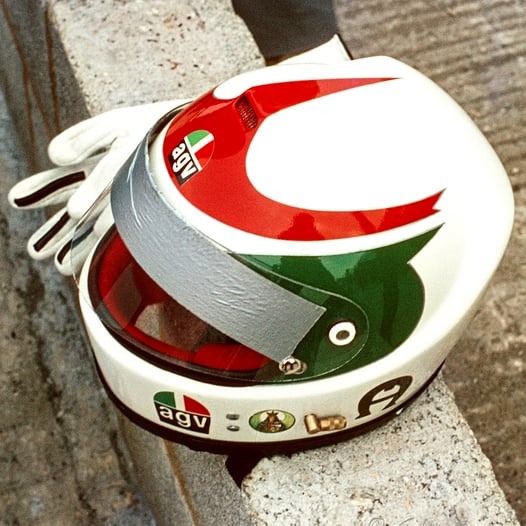 One of Formula 1’s most iconic helmets, the AGV X1, made its first track appearance that very year. The model was decidedly modern for the time, and is unmistakable even today because of the highly visible air vent on top of the shell.

It so happens that the AGV X1 was also worn by the only woman in history to earn points in F1: Lella Lombardi, hailing from the same area as AGV, got half a point in the 1975 Spanish Grand Prix. The race was interrupted by an accident while she was in sixth place, the last with points attached to it. The points of all drivers were halved because not enough ground had been covered to warrant full points when the incident occurred. 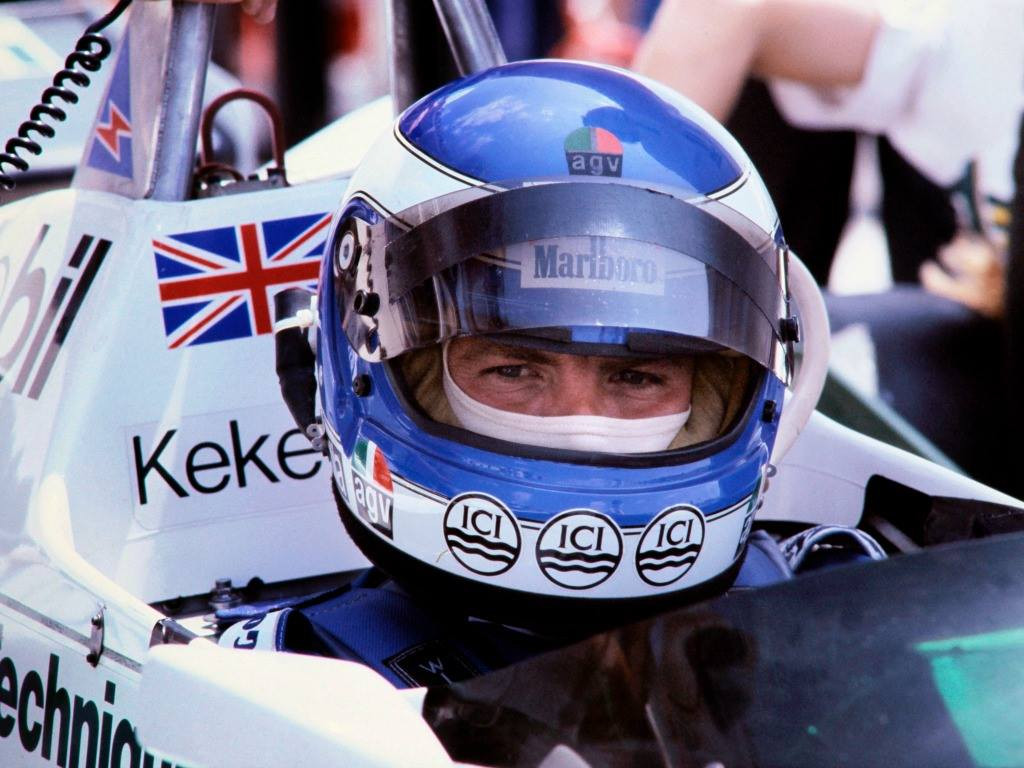 The AGV Formula 1 story didn’t stop here, and neither did the wins. In 1980, it was the turn of Australian driver Alan Jones, dominating in a white Williams FW07. Also with Williams came Keke Rosberg in 1982, followed by the last title for the Valenza-based brand, in 1987 with Nelson Piquet.

In under twenty years in the ring, AGV picked up five world championship titles and a host of wins and podium places, proving that a winning approach crosses the confines between sports.