The challenging races of the PRADA Cup competition that precedes the America’s Cup are marked by an extremely high level of technology. They are head-to-head duels between the finest products of naval engineering, in the AC75 class, and the crews that sail them. These increasingly advanced, fast vessels can now approach 100 km/h on the water, something that would have been considered pure fantasy until a few years ago. But the human contribution of the teams and their respective personalities are still essential aboard these technology-packed boats.

Two names stand out in particular in the clash between Luna Rossa Prada Pirelli and Ineos Team UK for the title of Challenger and the chance to take on Emirates Team New Zealand.

Francesco Bruni, helmsman of Luna Rossa Prada Pirelli alongside Jimmy Spithill, is one of the finest ever representatives of the Italian school. He’s aiming, together with Spithill and the rest of the team, to beat the British of Ineos Team UK in the PRADA Cup finals then do the same to Emirates Team New Zealand in the finals of the America’s Cup.

The Italian team chose to have two helmsmen because of the need to cover both sides of the boat – also called ‘tacks’ – quickly, after every tack or jibe. On normal sailing vessels, the helmsman passes from one side to the other in these maneuvers, but on AC75-class boats this is obstructed by a genuine wall, needed to reduce the aerodynamic turbulence generated by the high speed. The only possible passage – aft of the mainsail – would leave the boats without a helmsman for a few, critical seconds. Luna Rossa Prada Pirelli opted to maximize control of the boat in every situation: the windward helmsman guides the boat, while the leeward one acts as a ‘flight controller’ and warns his teammate of what he may not be able to see from his position, calling out crossing situations with the rival vessel and right of way.

Palermitan Checco Bruni was world champion in the Olympic Laser class and has represented Italy in the Olympics in the Laser, Star and 49er classes. The last of these is an Olympic class for particularly fast and spectacular boats. He has 7 World, 5 European and 15 National titles in various classes, and has also taken part in three Olympics, the first in 1996 in Atlanta. His story aboard Luna Rossa began with the 2003 Louis Vuitton Cup and continued to 2007. Bruni returned to the Italian boat for the 2011–2013 America’s Cup World Series and for the 2013 challenge, when the team had to withdraw. That makes 2021 his fourth America’s Cup with Luna Rossa, the fifth in total. 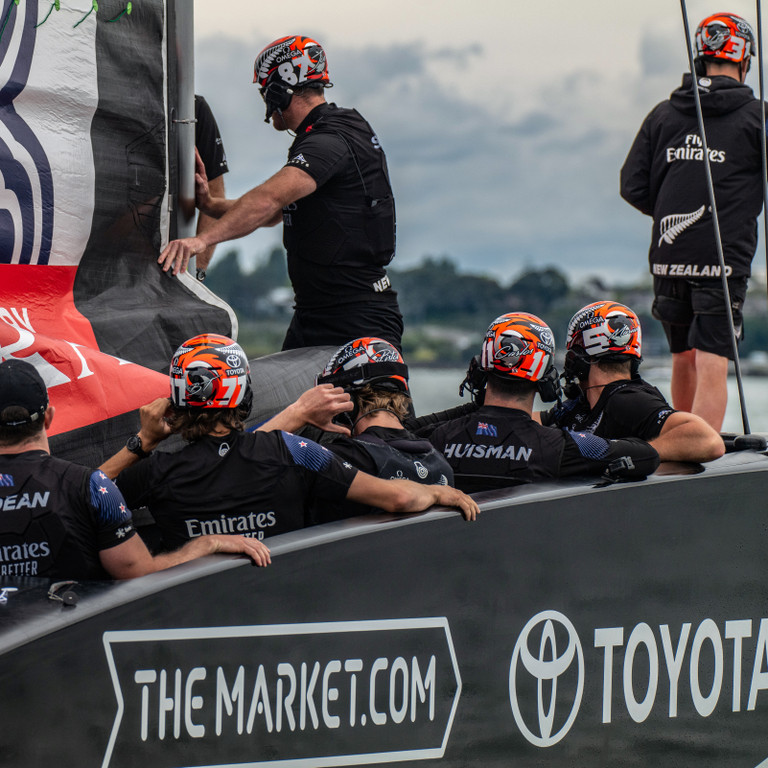 The evolution which America’s Cup sailboats saw in the last few years brought them to nearly hit 100 kph on the sea surface, exposing the crews to new and unexpected risks. Falling in the water at that speed is not much different compared to crashing into the asphalt of a racetrack... 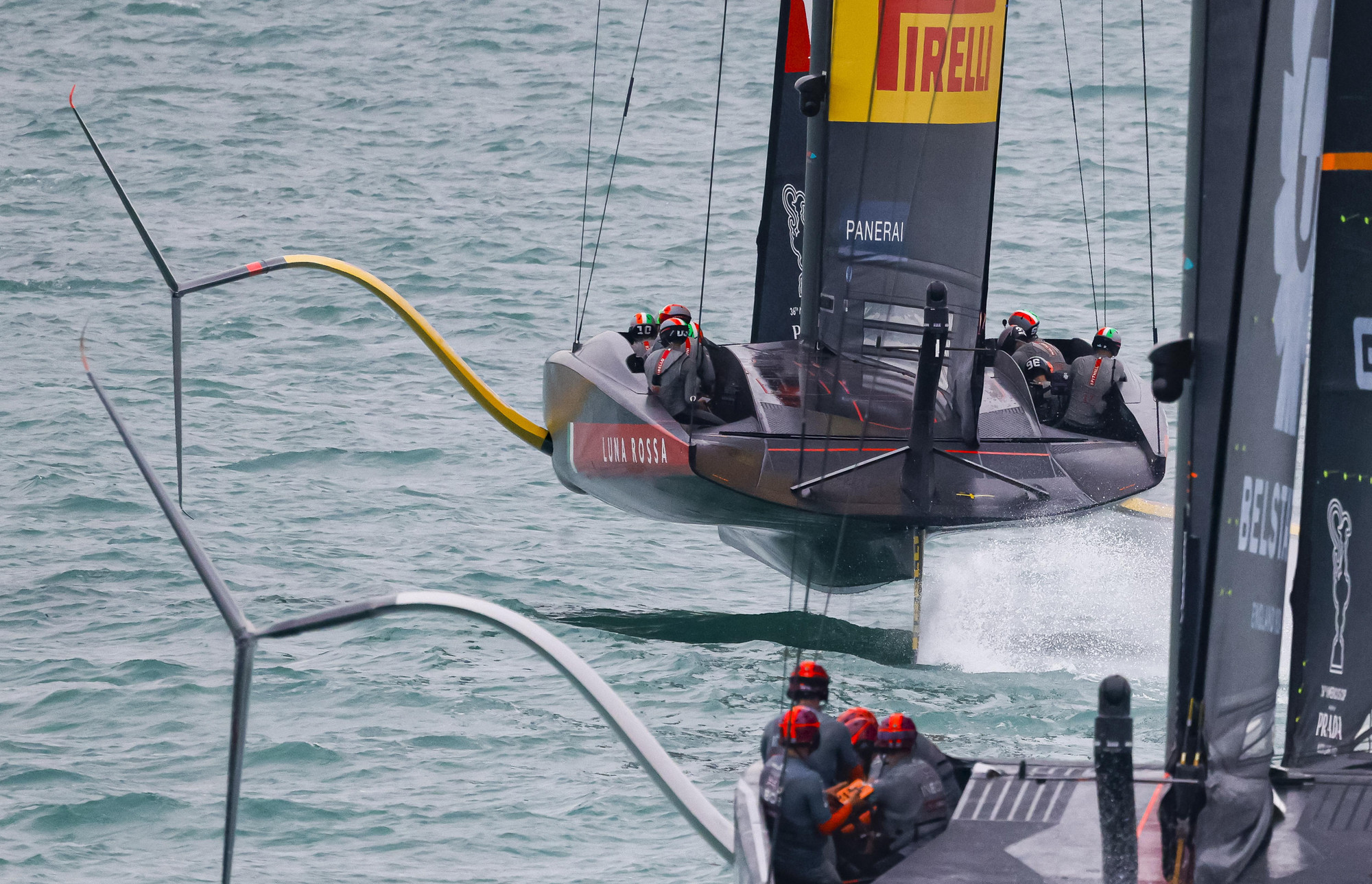 The legend of Ineos Team UK

Sir Ben Ainslie, team principal and skipper of Ineos Team UK, is the biggest name on the British team. The mission is to bring the America’s Cup back home, where the British lost it to the Americans way back in 1851. Since then, the cup has never returned to the UK. Ben Ainslie is the most successful Olympic sailor in history. He has competed and earned medals in five different editions, starting with Atlanta 1996, at the age of 19. That time he earned a silver and began a streak which was to consist of four golds in a row in the following four games.

He’s a real living legend, in the words of Checco Bruni himself:

"I have complete respect and admiration for him. There are two or three people like Ben Ainslie, and that’s it."

His 2013 America’s Cup appearance went down in history. He was called for at the last minute by Oracle Team USA to defend the title in the 34th edition of the competition and successfully led the American team to one of the most astonishing comebacks in sport history. The Oracle team was behind Team New Zealand with a score of 1-8. Through the guidance of Ainslie and the collaboration of – among others – Spithill, Oracle Racing overcame six match points for the New Zealanders in a row, drew level then pulled off an amazing final success, earning 9 wins to 8. 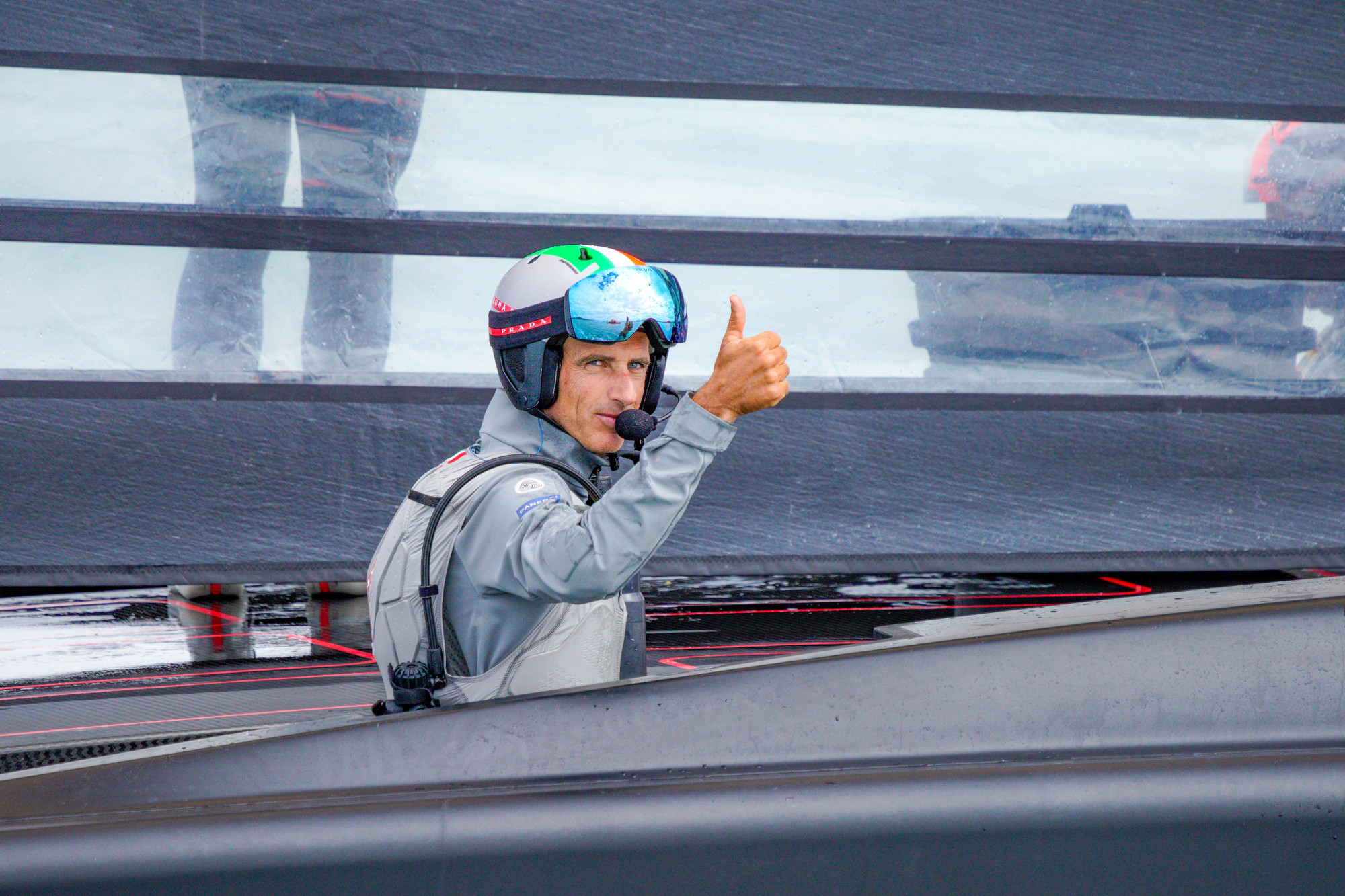 Bruni and Ainslie have long been rivals, but the Italian has never managed to win out in the Olympics. The 2021 PRADA Cup Finals are yet another opportunity to see the exceptional talents of sailing compete face to face, in a duel that will take the winner to the finals of the 36th America’s Cup presented by PRADA.

One competition, four teams and the fastest sailing boats of the ocean
#Protection