Stories and secrets of legendary tracks and duels

Stories and secrets of legendary tracks and duels

There are things that give some circuits a more mythical flavor than others. It could be the track, and the epic clashes between the legends who rode it. It could be lone struggle, victories earned the hard way or which proved just out of reach. Every professional rider has some close to their hearts, the background to their successes, their defeats, their euphoria or their utter dejection.

We asked Giacomo Agostini to tell us which circuits have stayed with him, whether because of the technical challenges, the speed or the stories that he’ll never forget. Here are some characteristics and unforgettable anecdotes from the tracks that have made the deepest impression on the 15-times world champion. 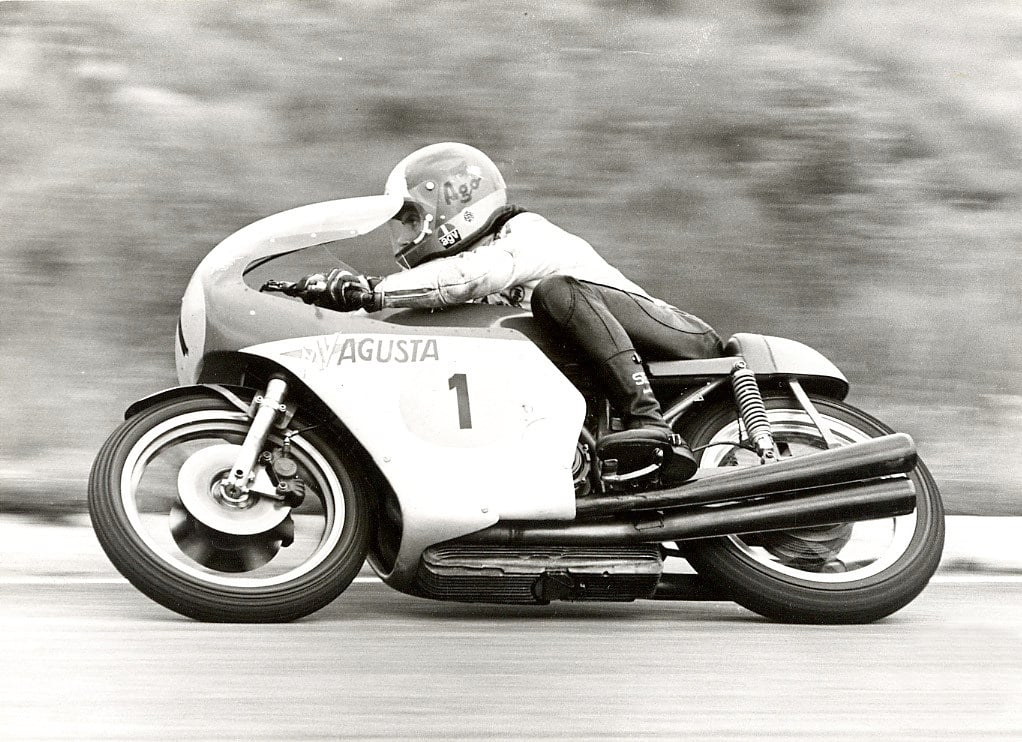 “This was the track where I tested the MV, a really quick circuit. The average lap was about 190 kph. I really liked it. There were thrilling corners.

I have an unforgettable memory from it. I won my first world championship with the MV 500cc at Monza in 1966.  After getting to the end there was a track invasion, and the great warmth and affection the public showed me, with great celebrations, has always stayed with me.” 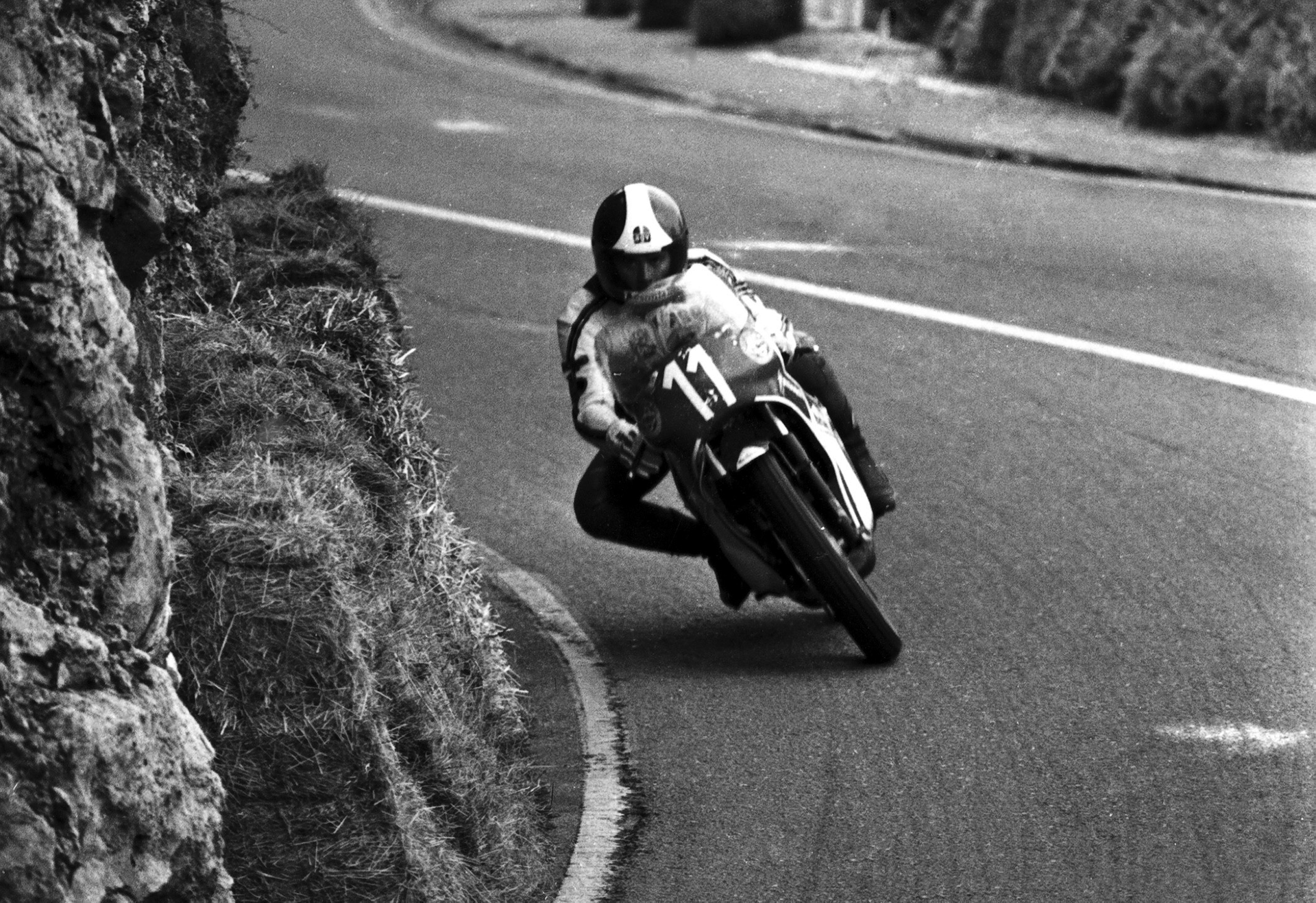 “It’s the toughest, most demanding circuit in the world, a track on roads normally open to traffic. One lap is 60 km and the hardest thing is remembering it all. If you don’t think about safety, it’s the track that offers you a thrill you can’t get anywhere else, from no other.

The great clash between me and Mike Hailwood came in 1967 at the TT. Me with MV and Hailwood with Honda. I should say that Hailwood was a specialist. He won almost every race there on the Isle of Man: 125, 250, 350 and 500 alike.

In the Senior TT 500 class, we fought it out for the duration and I had about a seven-second lead on the last lap. I could already see a great victory, but my chain broke a few kilometers from the finishing line and I lost that great occasion. At the end and before climbing the podium, Hailwood hugged me and told me I was the moral victor. That’s what made him a great sportsman and gentleman.” 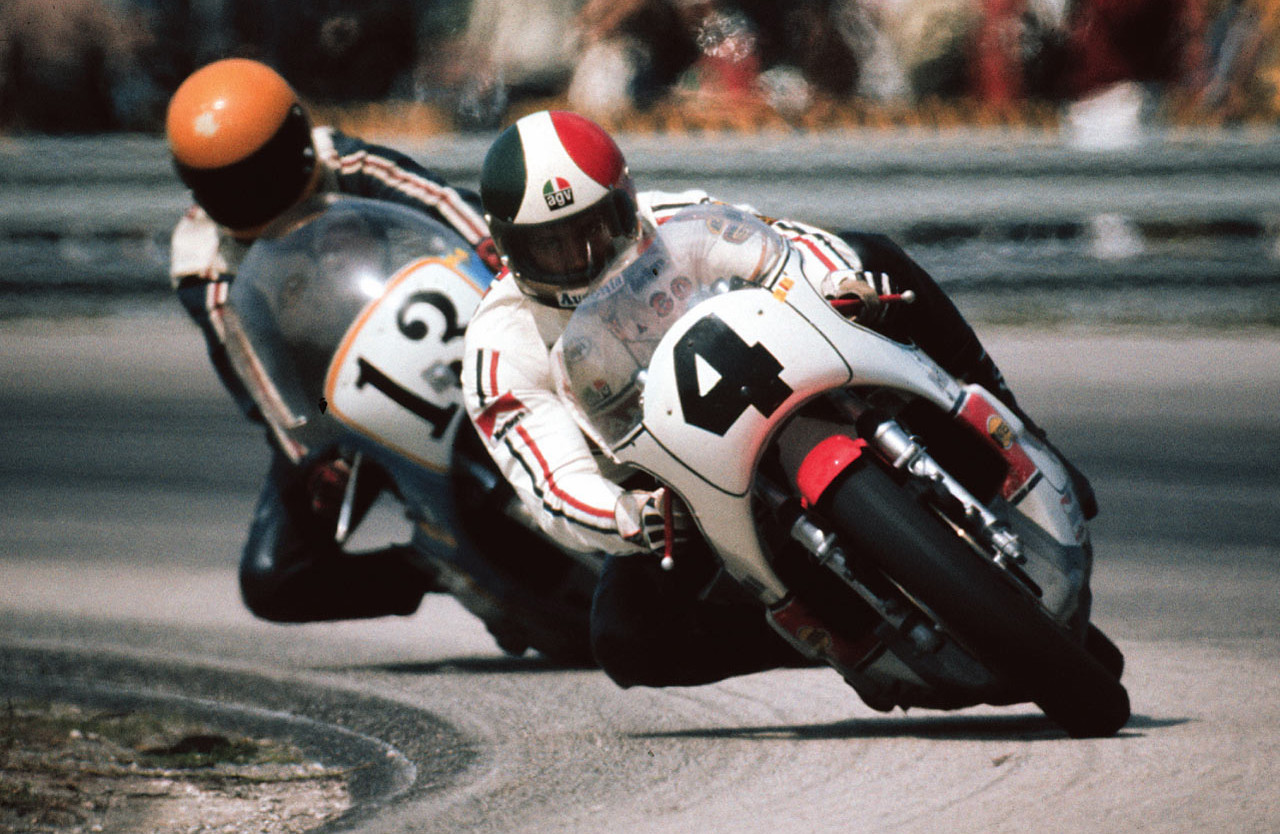 “This race came after the TT. It was a relief. The track was safer and very technical. It was about 8 km with very big, technical corners. It was like riding in a genuine racing facility despite being a road normally open to the public. The race was held on Saturday, with around 180,000 people watching.  About 60/70,000 people were watching on Thursday, the first day of practice. The stands weren’t covered, but no one abandoned their spot even though it rained often.

I have some great memories, above all because I won 14 times in Assen. One bitter memory was when I clashed with Barry Sheene right up to the last lap in a 500-class race. I was ahead on the last two corners. He overtook me before the finish line, when I thought I had it in the bag.  It could be that I lost my concentration on the last corner, sure as I was that victory was mine. That’s why I say, ‘Never quit’.” 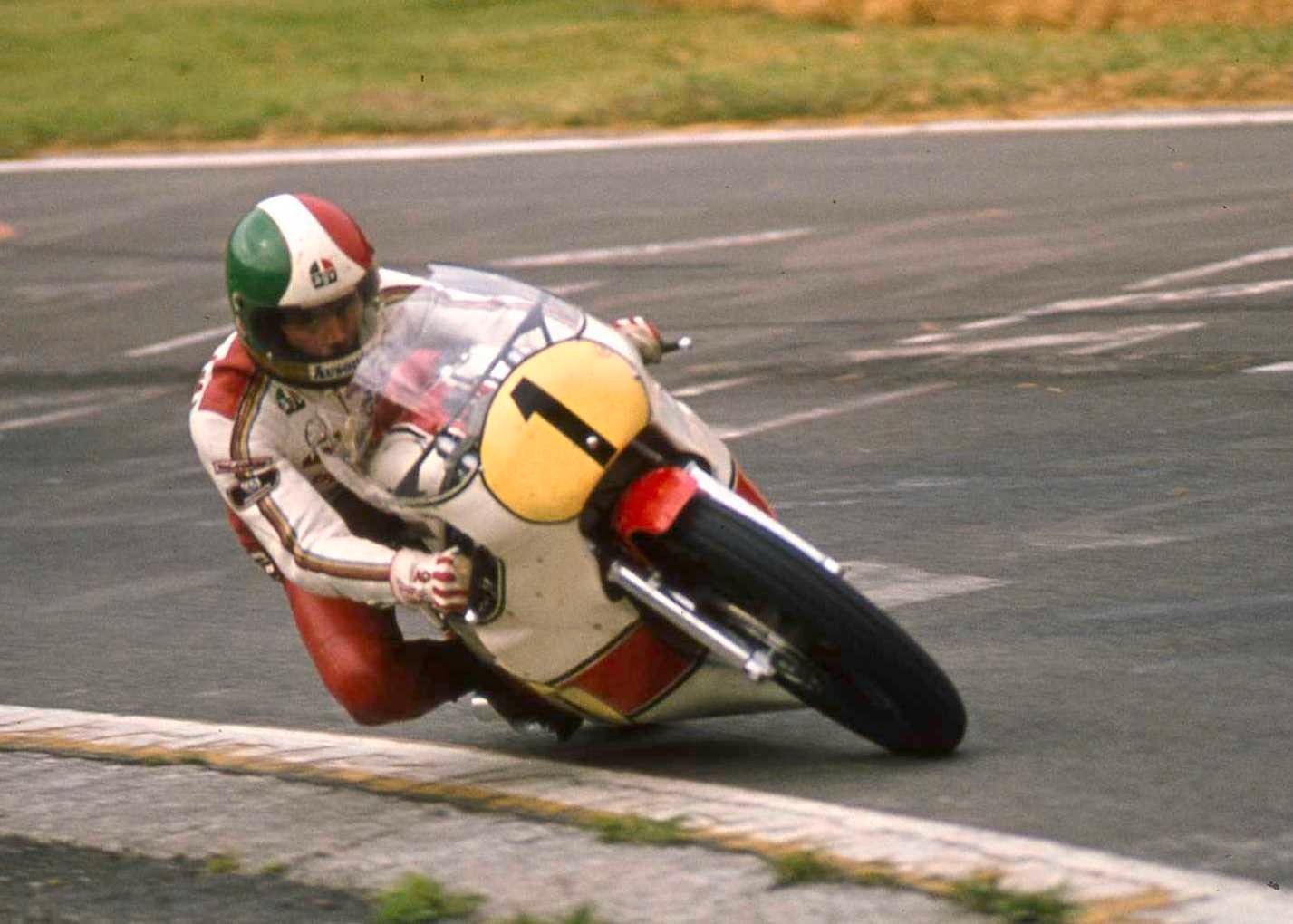 “This track has an average lap of about 220 kph, the highest of all tracks in the World Championship. There was only one first-gear curve. The rest were all to take between 160 and 250 km/h.  As with the TT, falling here was out of the question. The track was 11 km long and very dangerous, lined with trees and walls.

I won a race in the wet. It was raining so hard I could barely follow the road, really struggled even to see the checkered flag.  I didn’t know I had won. I only realized after I took off my helmet and my mechanics hugged me.” 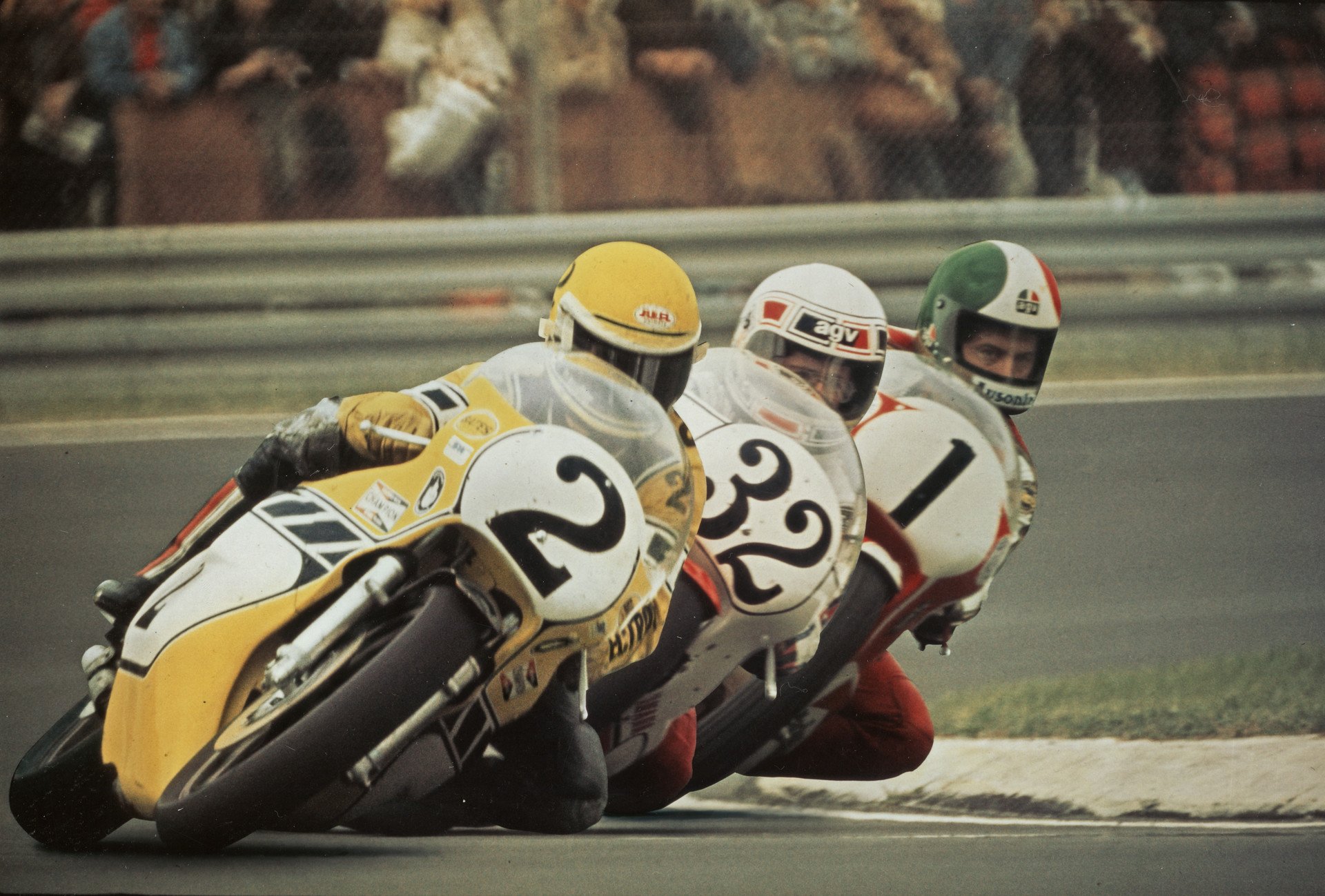 “It’s a challenging track, with climbs and drops. They called it the little TT. This was the ‘land of motors’, marked by a particular warmth of feeling, a passion. There was a little hill before the finish line known as the ‘human hill’ because it was completely covered by the public. That provided an amazing energy and excitement. You felt a particular struggle and thrill when you took on the Tamburello corner at about 220/230 kph.

In 1974 there was a fantastic clash between yours truly, Read, Bonera and Sheene, which lasted for the whole race. I improved on the track record three or four times in a row on that occasion, picking up a lead of about six seconds over my rivals. Unfortunately, I ran out of petrol halfway through the last lap. I shed many tears at the disappointment of failing to win that great battle in front of my public.”

All the legendary circuits in this handful still exist, but for the most part have been developed and modernized to take the ever-increasing performance of the vehicles into account. It wasn’t only the vehicles and tracks that were key to this development. Certain professional riders with the ability to look beyond the horizon led the change.  The most farsighted among them, like Agostini himself and Barry Sheene, who was to take up the Italian’s crown, made out the next steps to be taken for greater safety and professionalism in the sport.

Sofia Goggia: “This is how I train mind and body”

Preparation and inner growth, the summer secrets of an Olympic champion
#Performance