By DemoneRosso | 11 February 2021 | 1 min
The Dainese story begins in 1972 with a pair of leather motocross pants
Lino Dainese makes them for himself, to have fun in the hills with his dirtbike
The brand comes to fame with track racing, but the off-road connection remains
The 1980s and 1990s spell major success, from Dakar to the Motocross World Championship
In the 2000s, efforts in supermotard are rewarded many world titles
It was 1972 when the young Lino Dainese got passionate about leatherworking to create what was to become the world’s most advanced motorcycle equipment, capable of protecting the most successful professional riders in history. Dainese himself was the first Dainese rider to wear it. Lino made himself a pair of motocross pants, to have fun in the hills of Vicenza with his dirtbike. That’s where it all began.

Competition in the most extreme races, seeing professional riders put to greater test, followed hot on its heels, in the Paris–Dakar and the great African rally raids. The goal was to give extraordinary men the means to reach the unreachable, a finish line at the end of thousands of kilometers through inhospitable environments and in the most extreme conditions. 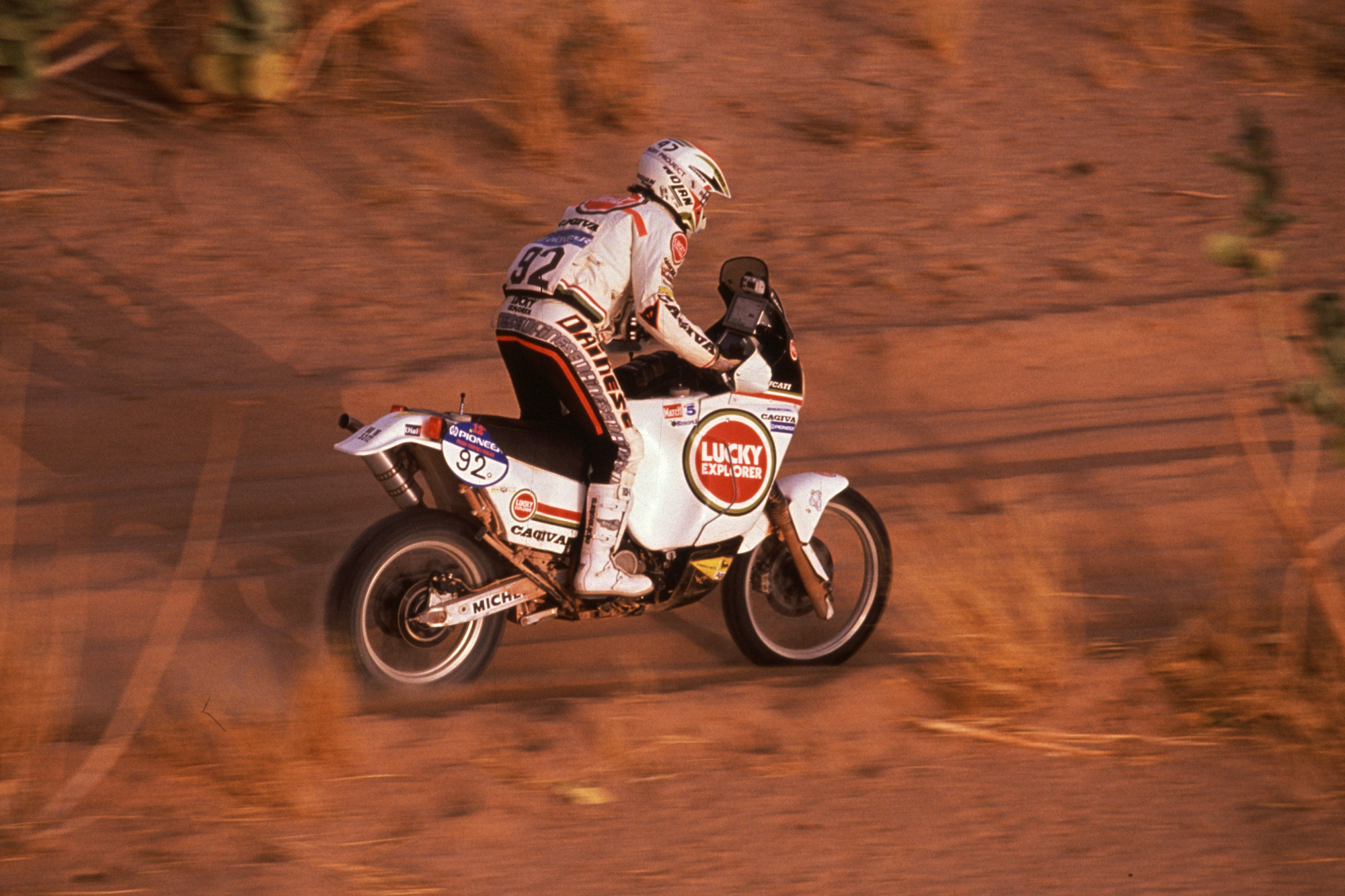 Edi Orioli, Franco Picco and Alessandro ‘Ciro’ De Petri are some of the great names that conquered those wild, far-off lands with the protection of Dainese equipment, from the legendary Dakar to the Pharaohs Rally, the Egyptian race par excellence, amid dunes and pyramids. In those situations, protective jackets gave you an edge. They were more than articles of clothing. They were genuine companions, often the only shelter for the night, in addition to offering the maximum possible safety on the ride. New materials and technical solutions were studied and developed during these competition that we still find on the products that protect every motorcycle trip.

Between 1986 and 1996, the ‘Speed Demon’ made nine climbs to the top of the podium in Africa, with five wins at the Pharaohs Rally together with Picco and De Petri, and four wins with Orioli at the Dakar, absolute tactical and navigational masterstrokes. 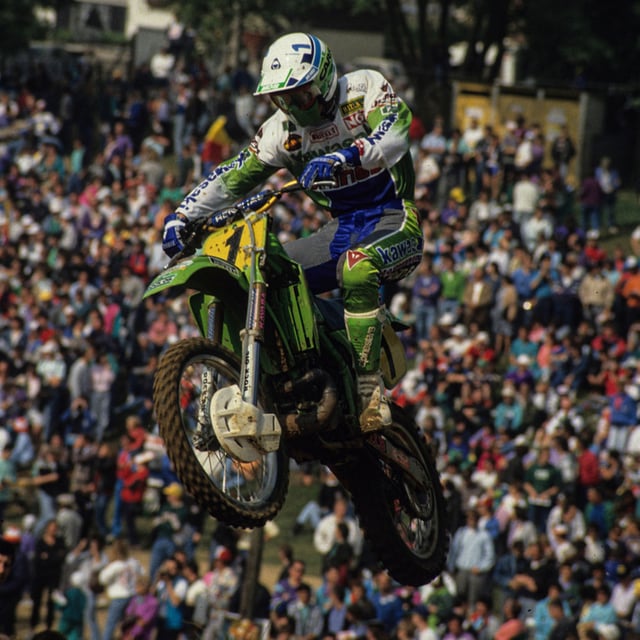 In 1989 came success in the Motocross World Championship, in the premier, 500cc class for off-road motorbikes: British rider Dave Thorpe earned his third world title with Dainese, after 1985 and 1986, also in the 500cc class. At the Six Days Enduro, a competition for national teams from all countries, Dainese equipped the winning Italian teams, in 1986 with Giorgio Grasso for the under-23 Junior Trophy and in 1989 with Paolo Fellegara for the senior World Trophy. 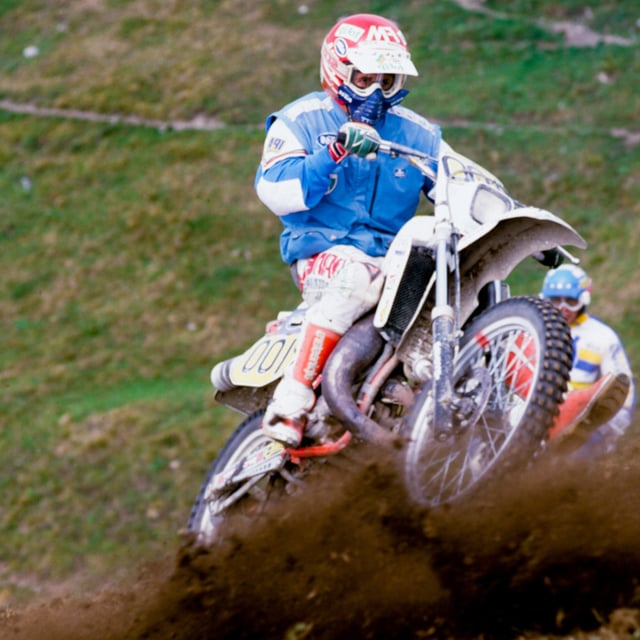 Between asphalt and dirt

In the new millennium, off-road disciplines are evolving, also moving onto Supermotard circuits. Thomas Chareyre, a French rider, established his position as absolute leader and the most successful rider in the history of the sport, winning eight unassailable world titles between 2012 and 2020 with protection supplied by Dainese. 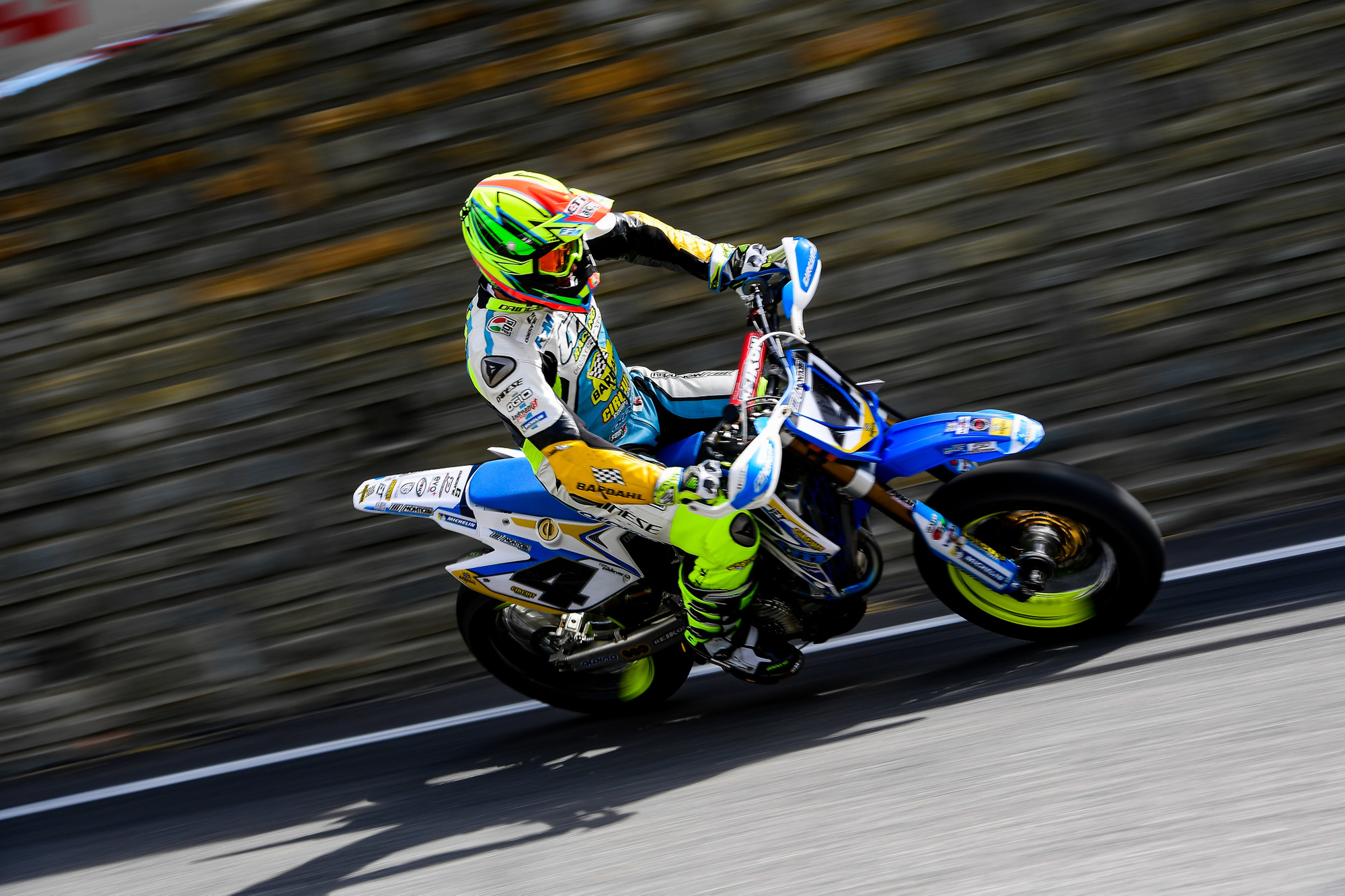 From a pair of hand-stitched pants in the garage at home to the tracks of the Sahara Desert, taking in the Motocross and Supermotard World Championships: Passion paves the way, preparation takes you over the line.

From MotoGP to mountainbiking

Franco Morbidelli “What it takes to win”