Born in Civitanova Marche in Italy, Franco Uncini was the 1982 world champion in the 500 class. Aside from the wins and podiums he obtained on track, the Italian boasts another unique achievement. He was one of the main exponents in the legal battle to make the use of helmets obligatory on the road. Here's the tale of what happened, a tale that began long ago.

"1969, the day of my 14th birthday. After lengthy negotiations, with no shortage of arguments and blackmail, I convinced my father Ennio to buy me a scooter. It was a Giulietta Peripoli. One of the terms of our agreement was that I would always use a helmet.

If I was caught or they found out I'd gone out on the scooter without a helmet, the deal was that my parents would confiscate my beloved scooter for a week. In fact, this was nothing other than a repeat of the conditions already applied to my brother Henry, two years older than me. He was a stickler for the rules and always had a helmet on his head.

On Sundays, my family would normally go out for lunch, rarely staying at home in Recanati. For me and Henry, it was another chance to ride our scooters, me on my Peripoli and him on a Cimatti. Our parents Ennio and Tonia would go in the car. They would wait for us outside the restaurant so we could go in together. 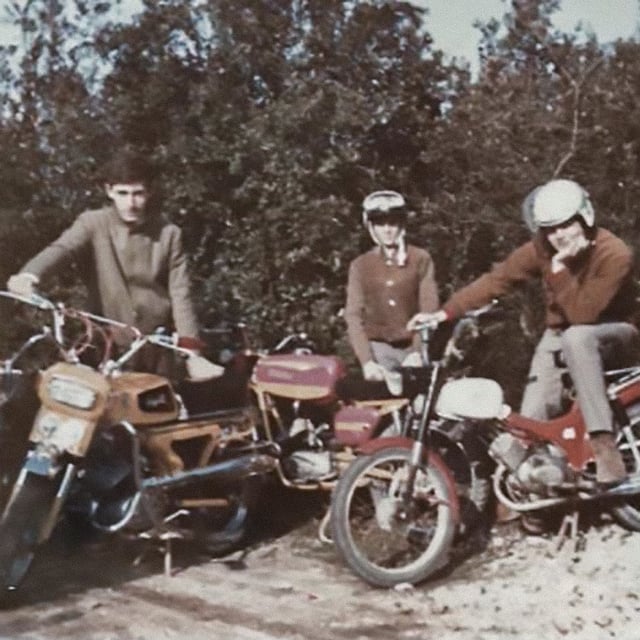 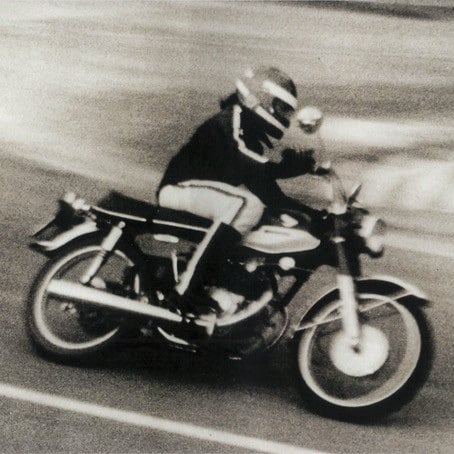 Sometimes people would mutter: “here come the ‘astronauts’”. My father would get mad at that point and yell at those who had woefully voiced those words. Sometimes he'd be very aggressive and over the top. He was proud of having convinced us to use a helmet and wouldn't accept any outside criticism that might embarrass us.

Henry and I always had a competitive mentality. Particularly with each other. But of the various battles, there is one in particular that I remember and that didn't end well. Henry was sixteen and so had moved on to a 125, a Motobi Sport Special. He had some friends of the same age who lived in Chiaravalle.

It was 19 November 1969 when he went to visit them. The main reason was that one of his friends had a Benelli 125, with practically the same engine. Each maintained they had the most high-performance motorcycle of course.

And so they had a drag race. Henry was a lot quicker and over the final section he turned around to see where his rival and friend was. But he hadn't realized that the straight section of road ended with a 90° bend and a beautiful villa with a gate, supported by two reinforced concrete pillars. 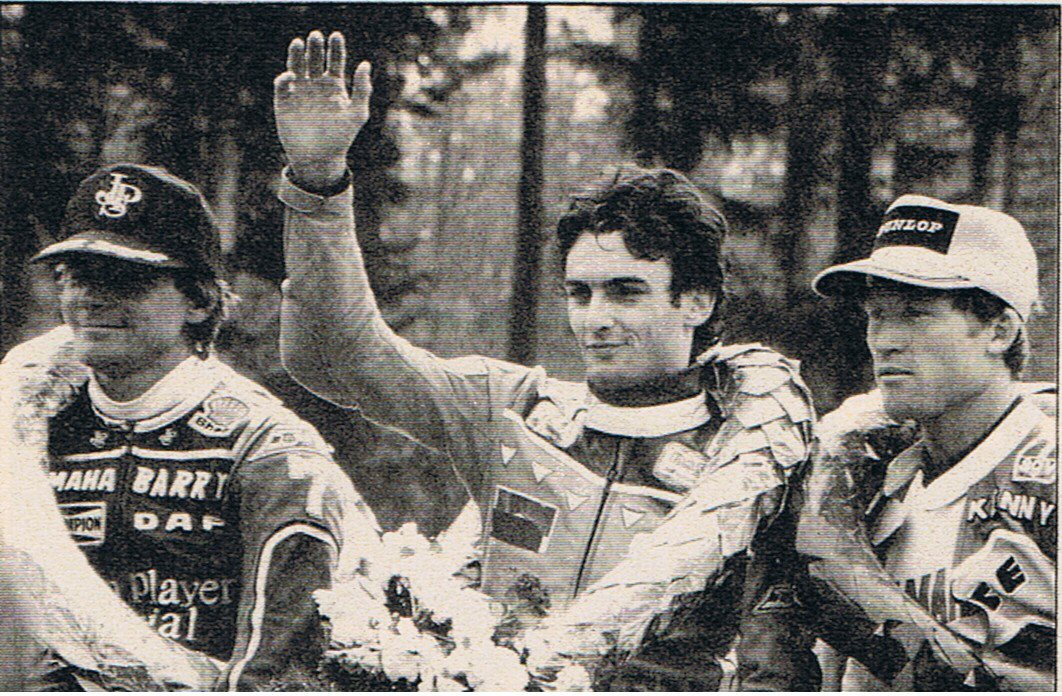 A recipe for disaster, which resulted in a broken left collarbone, an exposed compound fracture of the right wrist, and a fractured left wrist and left knee. But thankfully he was alive. He was wearing a helmet, an AGV jet that hit the corner of the reinforced concrete pillar instead of his head. The helmet was in bad shape, but it saved my brother's life. From then on, not only did we never go out without a helmet, but we also encouraged all our friends to buy one and use it at all times.

At 16, I too got my first 125, and that's when I decided I wanted a proper, full-face helmet. A product that was still unknown and that you'd only really see in motorcycle or Formula 1 races. I wrote a letter to AGV, that had just presented a new helmet in Motociclismo magazine, though it wasn't yet available in shops.

A few weeks later I received my first full-face helmet, cash on delivery. I felt so cool, despite receiving increasing criticism (from idiots). I just didn't care. My brother's experience was imprinted on my mind and so I knew how important it was. My career as a “road rider” ended there, a helmet always on my head.

In racing, the importance of a helmet and the absolute need to wear one are easier to understand, of course. In 1983, I was involved in a serious accident and the fact I'm here to tell the tale now is thanks to the helmet I was wearing. 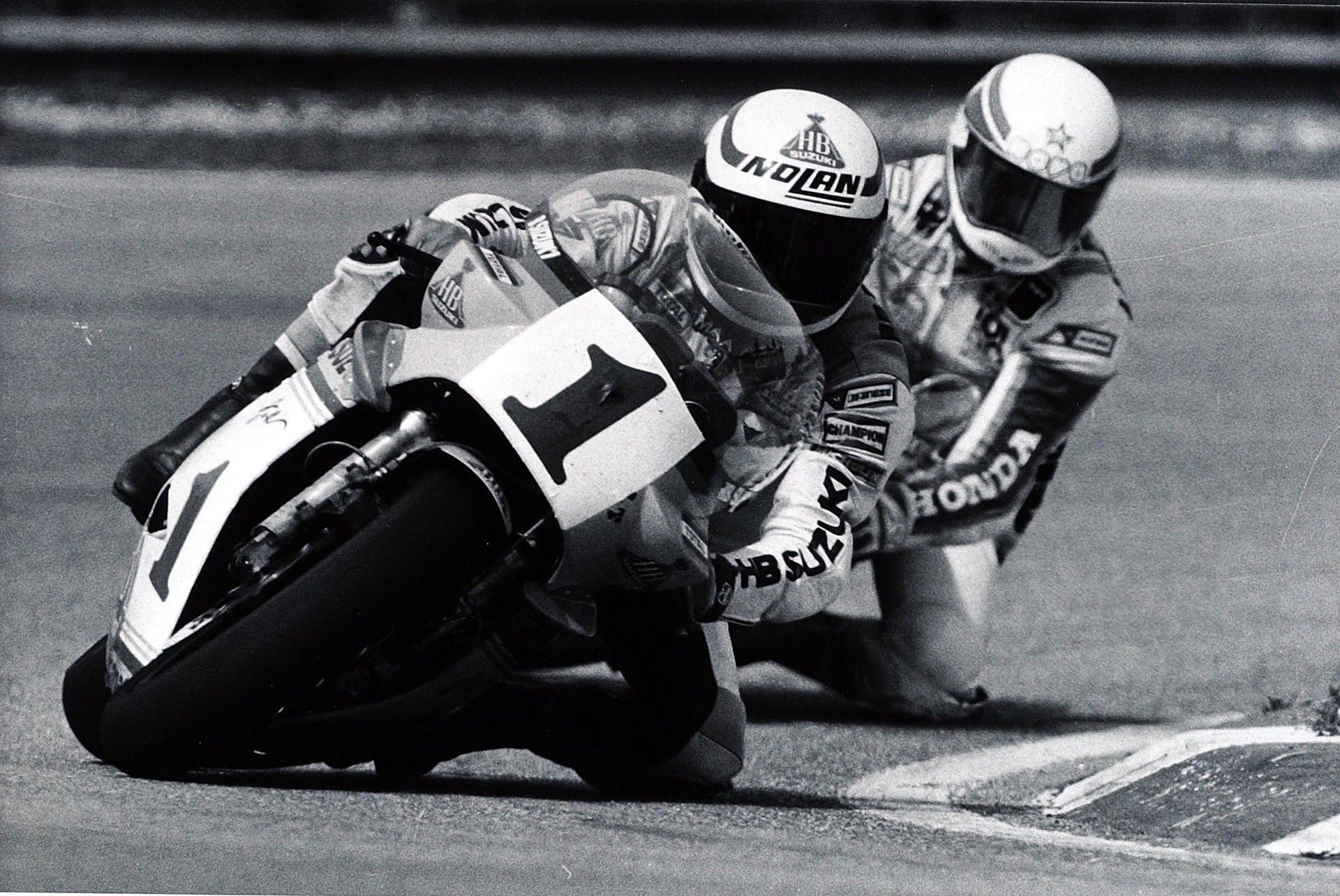 I was at Assen and I was down. After I crashed, a motorcycle hit me right on the helmet. A motorcycle crashing against my head at more than 130 km/h. In the impact, the side part of the shell shattered and the strap fastenings broke. The helmet flew off and I hit the asphalt face down. I spent five days in a coma. I slowly recovered and returned to racing the following year. Images of my accident circulated around the world and were useful, once I recovered, in showing everyone the importance of a helmet.

It was in those years that they were discussing the idea of making helmets obligatory for riders in Italy. I was called here, there and everywhere as a speaker. One of my many appearances was on the Costanzo Show, an Italian talk show. It went well and the need to make helmets becoming compulsory won out. Shortly after that broadcast, the helmet was finally made a legal obligation for riders. A milestone of which I'm still very proud today."

This is the MotoGP™ helmet

You too can buy MotoGP™ equipment

Cutting-edge technologies and products, from world championship riders to all enthusiasts
#Protection #Performance