By DemoneRosso | 04 February 2021 | 1 min
Barry Sheene is remembered by fans not so much for his victories as for his rock-star lifestyle
He came to the motorcycle GPs in 1970 and the following year was already among the stars of 125cc
He achieved greatness even before success, because of the terrible falls and the strength which got him back on his feet
In ’76–’77 he was the rider to beat and earned the World Championship in the premier class
He never renounced his showmanship and taste for the asphalt throughout his career
At the end of the 1970s, he felt the need for better protection, on motorcycles that then came close to 300 kph
The first back protector, inspired by lobster shells, was created together by Sheene and Dainese

Barry Steven Frank Sheene, known to everyone as Bazza, is one of those people who lived with their foot to the floor, a bit like Steve McQueen and his fellow British driver and friend James Hunt. It’s not the numbers that earned him a place in the hearts of fans, but the spectacle he provided and the crashes, the knowing smile and a showman’s somewhat arrogant attitude.

Already in the world championship aged 20, it took him a while to find his place. In 1971 he was very fast on the Suzuki 125, but he became great on the 500. He started to steal the scene even before 1976, the year of his first title. Barry first distinguished himself through his falls, which were many and often scary. What surprised everyone was his ability to always get back on his feet. And after every accident, it was the same story:

‘Am I getting back on the track? Why not?’

Sheene had more screws in his body than most of his rivals, but flings like the one in Daytona in 1975 are tough to take in your stride. So in the late 1970s he began to feel the need for more protection, on his back in particular. The bikes of the time, after all, already approached 300 km/h, and too many of his contemporaries were to be seen in wheelchairs.

Dainese worked on a solution to this dangerous situation with Sheene. Lino combined science and design to create the first back protector, openly inspired by a lobster’s carapace. It replicated the animal’s shell, a structure that’s protective but light and flexible. He arranged rigid plates on a soft base, which was to dissipate and lessen the force of impact.

This secret weapon was developed in the workshops of Molvena. It lent Sheene new confidence and accompanied him to other victories and other podiums, until his career ended in 1984. Imitation by other riders was soon to follow. They immediately asked themselves what superpower allowed him to take hit after hit without ever deciding not to get back on.

But it was neither a superpower nor the magic of English nobility. The new Venetian-made protective device was responsible for easing Bazza’s mind on the track, so he could keep on pushing himself the way he always had. It seems a simple item, but it’s one of those things you wonder how they ever managed without, when they were racing at 200 kph. 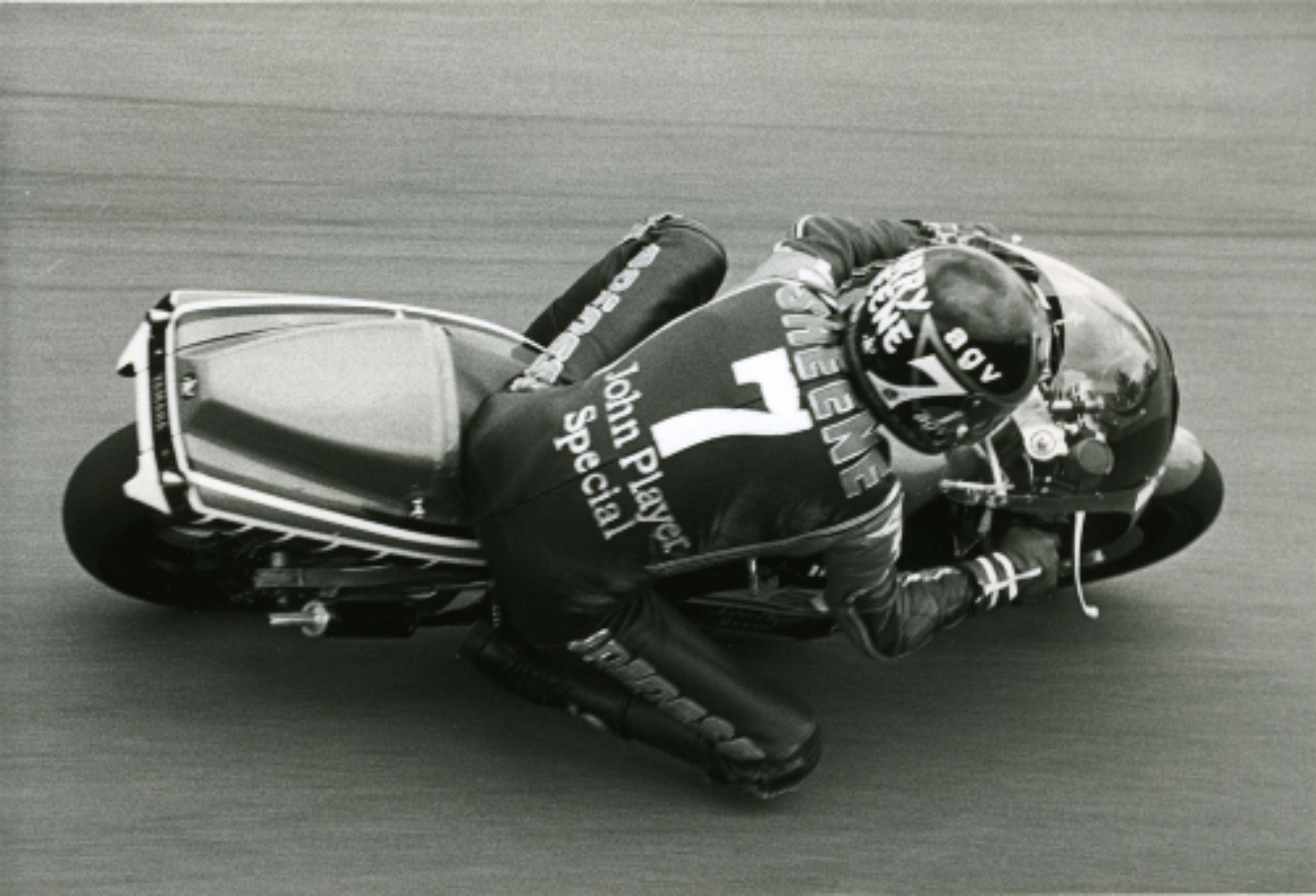 The device developed and evolved in various directions, optimizing integration with the suit, weight and breathability. Modern technologies allow for differentiation that offers a specific product for each different use, from the city to the track and to mountain passes.

Dainese facts: the evolution of the back protector with Nico Cereghini