By DemoneRosso | 11 November 2021 | 1 min
Valentino Rossi’s career begins at the start of the 1990s, with suits in a traditional vein
In the early 2000s there’s a transition to suits with metal protectors on the shoulders, knees and elbows
In 2009 Valentino begins testing D-air®, the first motorcycling airbag
The next year, D-air® becomes an integral part of Vale’s protection in every race
More recently, elbow pads are incorporated to keep pace with riding style
New metal plates, larger, lighter and more ergonomic, arrive in the latest years

Valentino Rossi and Dainese, Dainese and Valentino Rossi, make up an inseparable pairing and a legend that has been careering over tracks the world over for nearly thirty years.

From the times of the Italian Sport Production championship, before the debut with the 125 GP, to the repeated world championships and sporting maturity, Dainese has developed the concept of protection around the skin of the Doctor himself, and together with him, one of the greatest professional riders and sportsmen of all time, has developed increasingly effective rider safety technology.

Do you remember all the suits Vale has used over his career? Let’s look back at the history of his second skin, the Dainese leather racing suit.

Since his debut on the “big” bikes, Valentino has been wearing Dainese.

The suits of these years involve no revolutions compared to the models of the late 1980s. They feature the latest evolution of knee sliders, composite protectors on the shoulders, elbows and knees, and elongated back hump, introduced a few years ago. There are already many stretch inserts, to make the suit comfortable and allow it to follow every movement of the body in every stage of riding.

At the age of fourteen, the rider from Tavullia straddles a Cagiva 125 “Sport production”, a category with bikes similar to production models, and after a brief apprenticeship in 1993, he wins the Italian title in 1994. In 1995 he gets on the Aprilia 125 GP, a Grand Prix bike, and is Italian champion once again as well as third-placed in Europe. The big step comes the following year, world championship full time.

World championship and colors in 125 and 250

After his first world title, in 1997, Vale moves up to the 250 class and starts using his suit, together with his helmet, as a canvas. He shows off special colors in his home grands prix, like in 1998 in Imola, the last race on the circuit in Romagna, with Italian tricolor graphics from head to foot, and in 1999 in Mugello, with the psychedelic Peace & Love color scheme.

The second world championship comes in 1999 and, with the new millennium, the challenge of 500cc, the highest class in motorcycling. 2000-2001 is the period of the Honda team built around Vale, with bike and suit bearing his yellow color. In 2001, at Mugello, Valentino presents himself on the starting line with special white and blue Hawaiian floral graphics.  Valentino is champion for the third time at the end of the year. 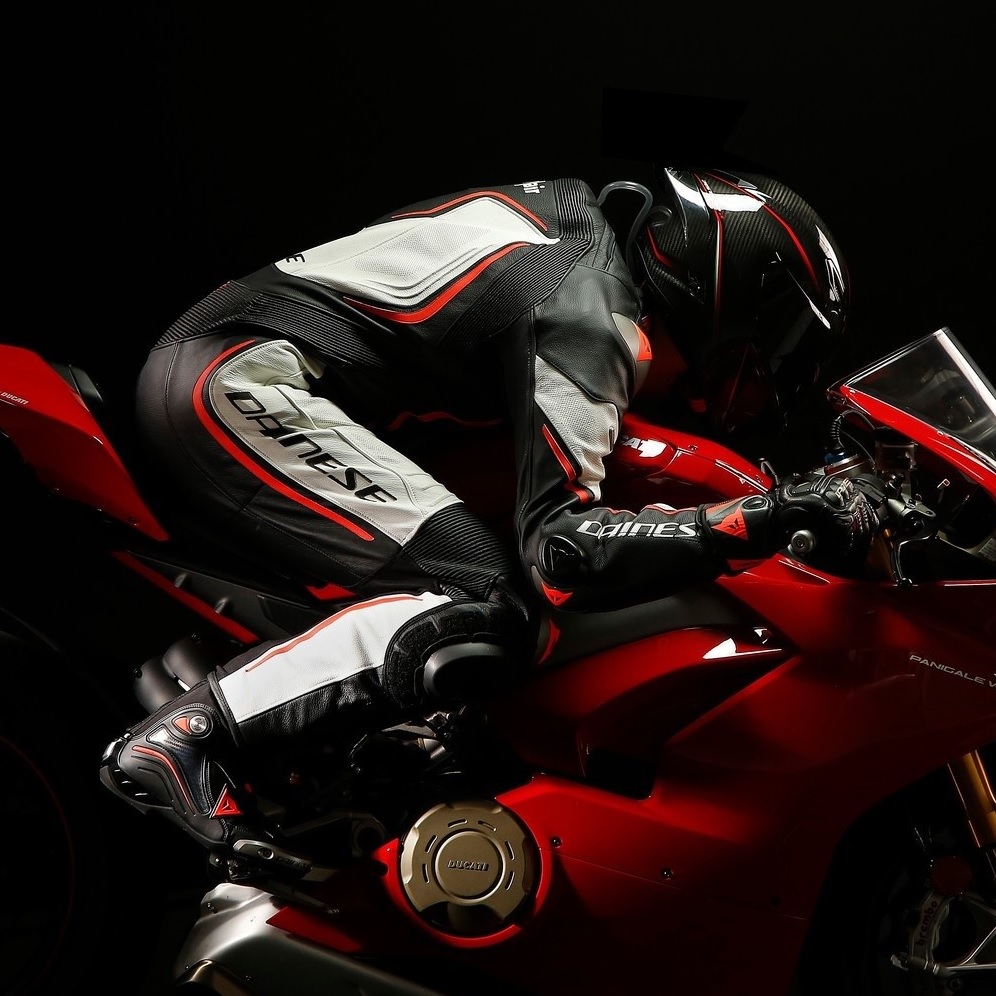 Metal and carbon fiber on leather

In 2002 and 2003 Rossi, wears the iconic Repsol colors of the official Honda.

In 2003, metal plates on shoulders, elbows and knees made their debut on a grand prix suit. This first version features a combination of metal and carbon fiber. The purpose of these protectors outside the suit, which work effectively together with the conventional ones inside, is to facilitate sliding on the asphalt in case of a fall, in order to prevent particular parts stopping dangerously on the ground.

Valentino’s last race on a Honda is in Valencia 2003, with more psychedelic graphics inspired by the sixties and Jimi Hendrix.

The airbag revolution – the arrival of Dainese D-air®

Vale’s new challenge in 2004 is with the official Yamaha team, a two-stage pairing set to come to an end in 2020. There are four world titles, dozens of victories and podiums, and the color blue is always on suit and bike.

But above all, in 2010 Valentino’s racing suit takes a leading role in one of the most important innovations in the entire history of motorcycling protectors. The D-air® system makes its debut, the first airbag system for motorcycles. Its electronic brain and sophisticated algorithm allow it to recognize the dynamics of a fall autonomously and activate the Shield, the airbag itself, in order to protect the rider. This is a whole new level of safety, an intelligent protector that’s imperceptible until it’s genuinely needed, lending riders a great new freedom.

Red and Yellow suits with Ducati

The 2011-12 period is characterized by Ducati red. These are two seasons of change on a bike completely different from the one Vale was used to. His suits change color and refinement of the D-air® continues – in part through the contribution of the champion from Tavullia – to become ever lighter and more imperceptible, but at the same time more protective and effective when it’s needed.

The colors of Yamaha have characterized most of Valentino’s career, and have been involved in many variations for specific occasions. In 2005, the Japanese manufacturer celebrates its 50th anniversary, sending motorcycles and riders out on the track with celebratory graphics for the Laguna Seca and Valencia GPs. It’s black and yellow in California, like the American racing Yamahas of the 1970s, and red and white in Spain, like the winning motorcycles in Europe at the same time. Then come the years from 2007 to 2010, with new colors and iconic graphics once more.

The 2021 Yamaha Petronas suit brings new colors to Valentino’s leather. The Dainese Mugello RR is the most advanced model of racing suit ever made, with redesigned titanium shoulder pieces and plates on the elbows and knees for greater protection and enhanced ergonomics. As always, it incorporates D-air® airbag technology, the most advanced protection for motorcycling.

Valentino Rossi, one of the greatest professional riders and sportsmen of all time, with an extraordinary career, a legend that extends beyond the boundaries of sport, competes in his last MotoGP™ race in Valencia 2021. He races wearing a thank you for all the riders and fans who have rejoiced, cried and celebrated with him at every corner for nearly 30 years. The story doesn’t end here. This is only the beginning of a new chapter. 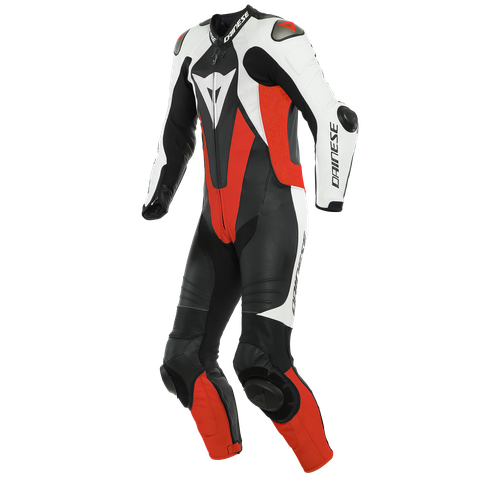 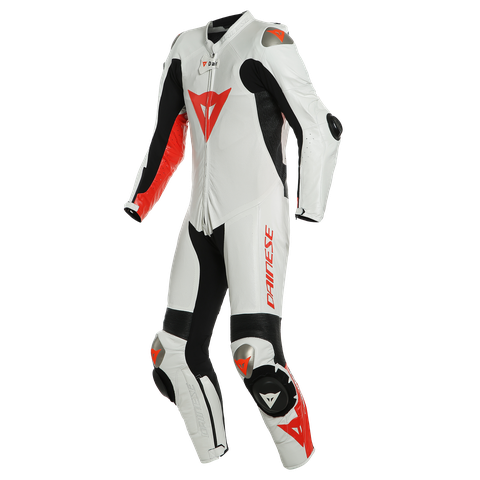 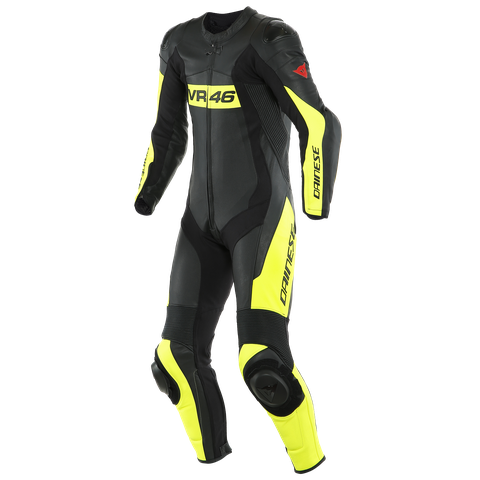 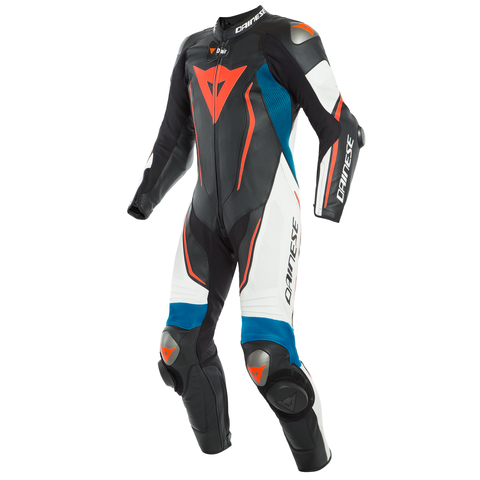 26 years of career and development with AGV, with special graphics and the colors of the nine-time world champion
#Performance
Motorbike / People

Exclusively, for the first time, a full lap with the Doctor
#Performance