By DemoneRosso | 28 January 2021 | 1 min
Hands are very important parts of the body for a rider
They convey all the information needed to control the motorbike
In the 1990s, gloves were the only garment that had not yet undergone a major innovation
In 1995, gloves with carbon plates were introduced, worn by Biaggi
Gloves evolved and in the 2000s titanium protectors appeared alongside those made of carbon
Today, a racing glove has over 80 parts made of leather, carbon, plastic, titanium and more

The right hand accelerates. The left one engages the clutch lever, to move up a gear and go faster. Nerve impulses start in the brain, run along the arms and pass through the fingers to control the bike. Hands: so important, so exposed, and so seemingly difficult to protect.

In the 1990s professional riders' equipment was changing rapidly. Ever lighter and more effective back protectors appeared and suit protectors were increasingly comfortable and better integrated, while full-face helmets achieved good standards. Yet there were no hand protectors in sight. Gloves were padded, sure, but no one had considered adding hardshell protective gear. 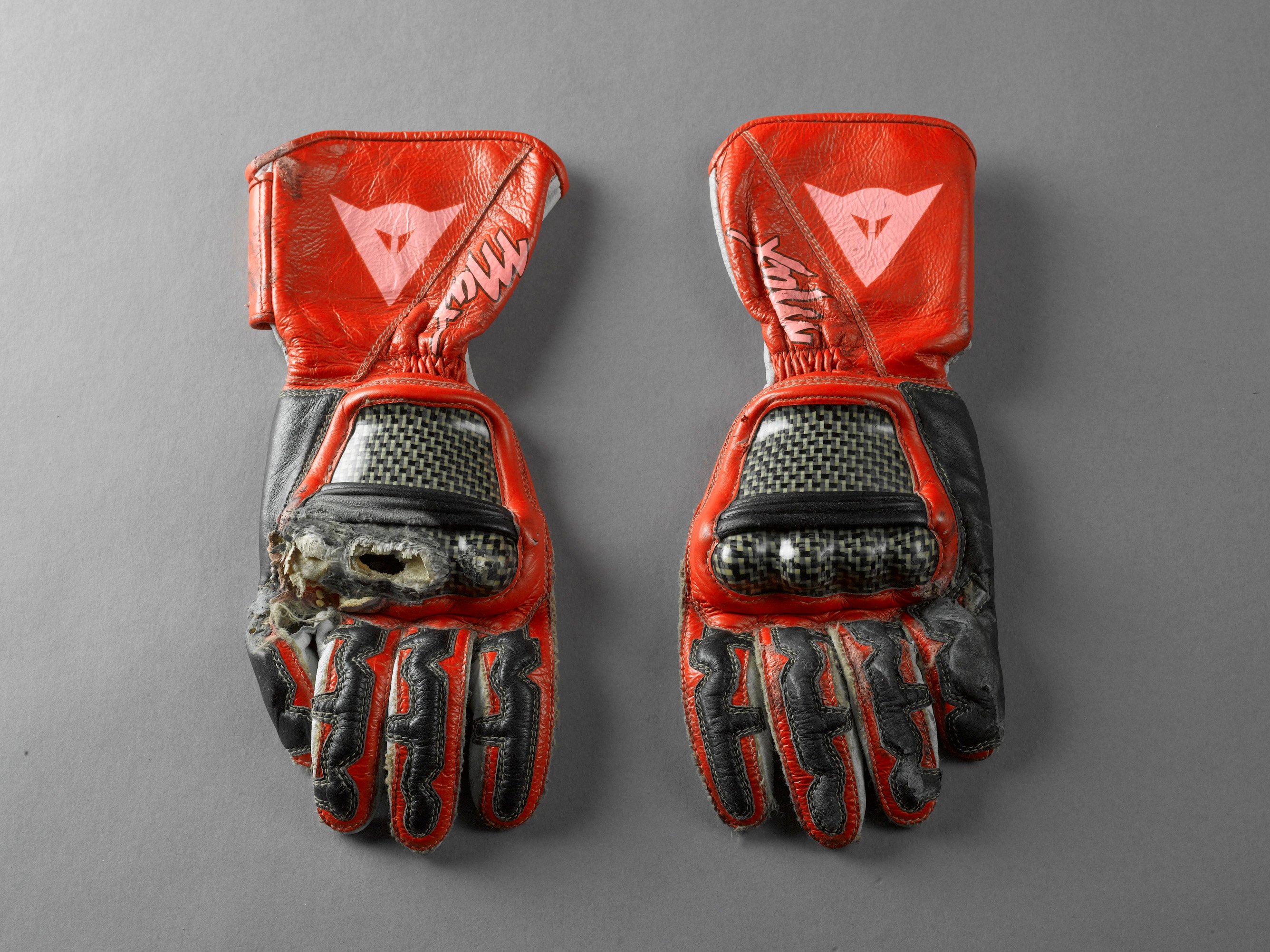 The revolution started in 1995. Gloves were the first piece of equipment to integrate composite plates made of aramid fiber and carbon. At first, these plates were used to protect the back of the hand and knuckles and were designed for the hands of Max Biaggi, 250cc world champion.

The racer from Rome was the first to use Dainese's futuristic leather and carbon gloves on the track, and they were soon adopted by many of his opponents. The new protective gear made a real difference in terms of impact and abrasion resistance and thanks to the feedback provided by Biaggi and his peers, the carbon fiber surface was extended to the ulna and phalanges. Gloves became increasingly protective, but without interfering with the hands' movements. In the 2000s, gloves became even more innovative protective systems, incorporating titanium plates as well as carbon fiber. This metal made it easy for hands to slide while increasing resistance to abrasion. Seams, too, became a source of technology, and were made from aramid fiber, capable of resisting the heat caused by scraping against asphalt.

Nowadays, professional riders' gloves are made of 80 different parts and leather, plastic, carbon and titanium are the materials from which these highly complex garments, able to meet needs as diverse as protection and freedom of movement, originate.

Carbon and leather, fibers and thermoplastics: shells and their materials from the early days until now
#Craftsmanship #Protection
Winter / Tech

Do protections evolve along with skiing techniques?