Let’s say it immediately: this of noise is a topic that typically divides bikers. There are those who love open exhaust and those who hate it, especially when it gets to your years at the wrong place, like through the city, or at the wrong time, at 3 o’clock at night while you are sleeping. Although, I think that we all agree on one thing: the charm of motorbike is also given by its loudness, and what comes from the exhaust system is music for us, fair enough or too much it may be.

Every rider has his own favorite soundtrack and each and every one of them full of pathos. Since I was a boy, I learnt how to sort and recognize the chords of our music: the grumbling sound of a twin-cylinder engine and the low tone, so full and balanced, of the three-cylinder; the scream of a four in line has always excited me, as the deep raspy voice of the V4; I find the lazy rhythm of the single-cylinder tourer quite relaxing, while I am caught by the sharper one of a more sporty single-cylinder. 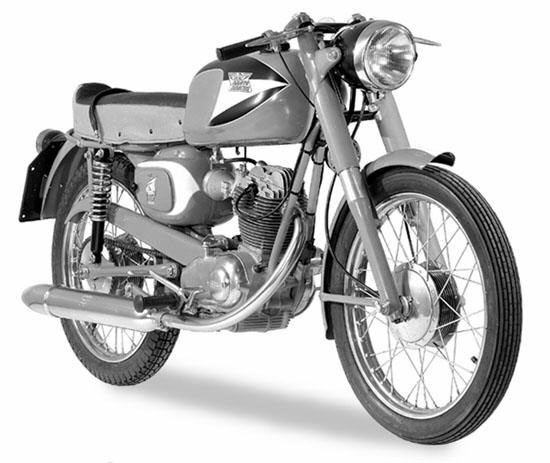 Has it ever happened to you to listen to the siren concert of a six-cylinder? And did not the symphony of the two-strokes, maybe from one powerful 125 model from the Nineties, stay in your ears? How wonderful! Perhaps I am a bit old, but, in my sound archive, I collect even the singsong of the Lambrettas of the old days and the first Vespas’ cough. And it is not over, because there are also sounds in the background, like the wheezing of some aspirations, the ticking of the V7 Guzzi valves and the metal flickering of the Ducatis’ dry clutches.

You become fond of sounds, like of smells or colors. I was in love with the singing of my first true bike, a white and red Morini 125 Corsaro. From Bellagio to Como with your ears touching the ground, as they used to say back then. Bowl helmet and no gloves because we did not have a single lira. By some miracle, I survived. 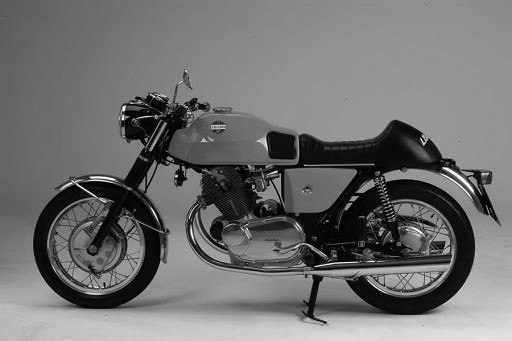 Other engines got locked up in my unforgettable sounds archive, from the 750 Laverda SFC to the massive boxer BMW 1000, which looks like a plane. Today, the music I prefer the most probably is the big Ducati at medium and high speeds: a deep voice to the limit in terms of decibels, but this is such a full chorus, so clear and exciting to graze the perfection.

Yet, the divine symphony for me remains the Suzuki RG 500, four-cylinder two-stroke for Grand Prix; I refer to the first series for private riders, the ’76 one that crackled when you warmed it up and then meowed. Later, halfway throughout the season, the four needle terminals have been replaced with the same number of mufflers, and that was a crime.

That year, the International Motorcycle Federation made a mess: “Now on, – some desk jockey who was more royalist than the king decided – all GP bikes must be silenced”. From one day to the other, we were forced to manage. At the first race, the Belgium GP on July 5th in Spa, I found myself with four ugly cans on top of the needles, one thousand RPM less in sixth gear and an almost immediate breakup, as you cannot joke with expansions and gas flows.

Thanks to those ridiculous limitations, MV Agusta and four-stroke engines ended out of the picture and, while F1 continued undaunted to rumble, motorcycle racing settled for babbling. Until nowadays MotoGPs, finally screaming as they should: there is no discussion here, a racing bike should play out loud.

The most versatile airbag system ever, explained by a legend
#Innovation #Protection
Motorbike / Inspiration

The best roads for the first season ride
#Ergonomics #Protection